A Look Back At Stargate Atlantis

We will be chatting about the Stargate Atlantis series on December the fourth and along with the results of our favourite episode poll we will be covering some simple questions. It will provide a more structured show and with 5 seasons we would end up going all over the place and a show lasting perhaps half a day. We have of course already covered every episode and each season in depth so again specific questions makes more sense.

The plan is that Alan, Mike, Brad and Thomas will be on skype recording the show but hopefully we can get some other responses to the questions to be included in the show. If you do want to let your opinion be heard then reply to this post in the comments section or email us directly.

The latest Stargate Atlantis novella “The Wild Blue” by Melissa Scott is up on Amazon for pre-order. 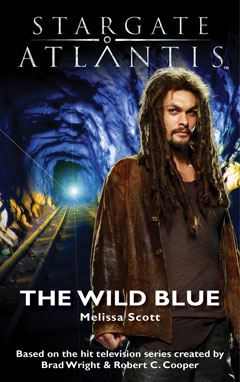 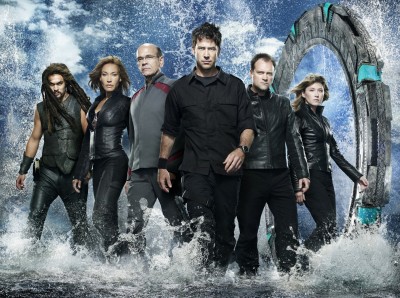 Yes indeed it’s that time again, we need your votes for your favourite episode from the fifth season of Stargate Atlantis.

The poll results will be used in the season five wrap up show due to be recorded soon, we appreciate your support:) 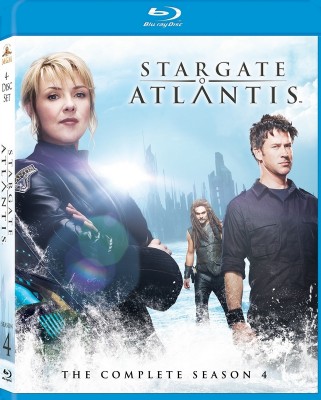 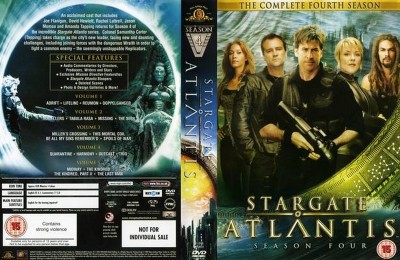 Ronon and Telya visit a small village after reports of three people who are reputed to be very efficient Wraith killers, it turns out they are all Satedans and as luck would have it friends of Ronon to boot. As you would expect Ronon is eager to have them return to Atlantis but it’s new commander Colonel Samantha Carter denies his request based on security concerns but a compromise is made when a plan is needed to infiltrate a Wraith science lab where experiments on breaking the Asuran (Replicator) code are being undertaken. Atlantis supplies a jumper and a team and together with the three Satedans they raid the complex but things soon go wrong and only Ronon escapes and we Rodney discovers that the three Satedans (Tyre, Ara and Rakai)  have betrayed them are working with the Wraith. 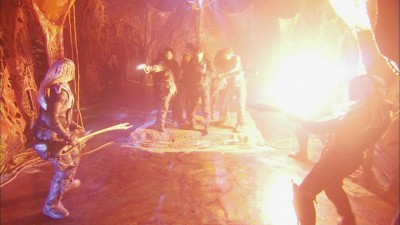 Ronon along with some support return to the Wraith complex and he goes in search of his friends while the Atlantis personnel free the prisoners, they both learn of the betrayal and Ronon is shocked that after billions of his people died there were soldiers who took the silver coin of the Wraith and as emotions run high an epic three on one fight breaks out, then a knife is drawn and moments later two are dead with Ronon bruised and bloodied left standing as his true friends find him and they all go home only to find that Rodney has happily helped himself to an item Ronon left behind.

Reunion is a solid episode and continues the tradition of having the third episode in a season Ronon centric despite this being the first official episode broadcast that has Amanda Tapping bringing Sam Carter to take command of Atlantis. We’ve also seen other Satedans and truth be told when you add these three it has to be said those that survived (apart from Ronon) were not great examples of the compassion, integrity and courage we’ve seen from the big man. It was also good to see Jason get some good emotive dialogue delivered with gentleness, irritation and aggression when required. Lots of credit has to go to the casting department for the three guest stars who all brought something to their roles, they were all exceptional with Mark (Trye) bringing his stunt/fighting skills to the role and yes a tip of the hat to the director and camera operators for hiding Rachel’s baby bump and stuntwomen who allowed Kyra (Ara) to fight well as she was early into her pregnancy as well.
Overall a solid early season episode, lots of action and some great stunt work and background story padding coupled with the fresh start that Carter brings to the show.

Thank you to Brad for joining me this week (Alan was on hiatus again) and thanks to Ian for the five star UK itunes review, both of you are totally appreciated:)
This weeks promo is for Voices Of Defiance podcast which has returned and is taking a good look at the third season of Defiance currently airing globally on Syfy and its sister channels. Next week Alan returns and we are going to be taking a look at the fourth episode in the season “Doppelganger”, we hope you can join us for that and feel free to get in touch and let us know what you think of the show.

Elyse Levesque
Elyse was Chloe Armstrong in Stargate Universe and has a recurring role on Cedar Cove as Maryellen and Genevieve in The Originals, she has also guest starred on Smallville, Sons of Liberty, Flash Gordon and 2030CE. IMDB  Twitter  Official Site
Lindsay Maxwell
Lindsay played La’el Montrose in the Stargate SG1 episode Space Race and has appeared on Special Unit 2, Blood Ties and Supernatural. IMDB Official Site
Biski Gugushe
Biski appeared in four episodes of Stargate SG1 playing a SF Guard and SG11 leader, he was also on Battlestar Galactica and guest starred on Fringe, Smallville, Psych and Cedar Cove. IMDB  Twitter

It was ten years ago this very night (July 16th 2004) when Stargate Atlantis premiered on the Sci-Fi channel in the US, it shared an evening with the ongoing Stargate SG1 series and for five years entertained us with the adventures of an intrepid group of explorers in the Pegasus galaxy along with many a varied native of the galaxy.

While there doesn’t seem that much interest from Syfy (as it is now) in regards to anything Stargate at least there will be a reunion of the cast at the upcoming Hawaii Con 2014 (September 12th-14th). 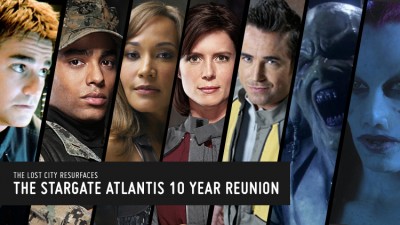 The third and final part in the excellent Opinionated Review of Stargate Atlantis  premiere Rising via SF Debris who we thank for posting and allowing the videos to be embedded and shared, check out his website for more Stargate and other genre show reviews.

Woohoo, here we go with part 1 of 3 and opinionated review of Rising the premiere of Stargate Atlantis. Huge thanks to SF Debris

Well I guess depending upon when the DVD, Blu-ray and streaming options appear in your country the spot could be regarded as TV and just not a movie spot but Pacific Rim is out in the US already and in about three weeks out in the UK. So if you look closely and ignore the bleached short hairdo you’ll see Heather Doerksen playing Lt. A. Kaidanovsky one of the Russian Jaeger pilots which in my book is a step down from Captain Pat Meyers an F-302 pilot and bridge/helm officer of the Daedalus in Stargate Atlantis but what you gonna do:) 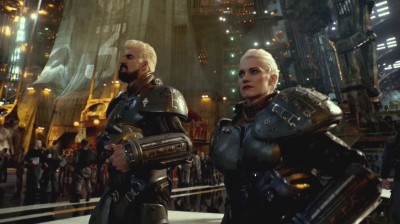 Not everyone can pull off a “form fitting” outfit but Patrick Gilmore does it with style in the latest episode of Continuum “Second Skin” Season 2 episode 4 in which he plays mild mannered Rex who gains access to a high tech suit. Patrick played Dr Dale Volker in Stargate Universe and lets not forget that the woman in the screencap is Carrie Fleming who was in the Atlantis episode The Sentinel. Carrie is guest starring in Second Skin as Tammy the girlfriend who finds the suit and she has also appeared in Supernatural, Alice, Good Luck Chuck and The 4400. 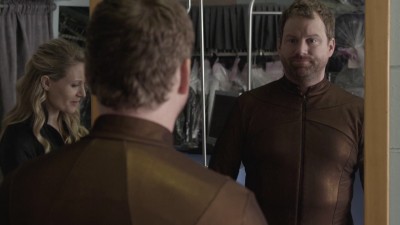 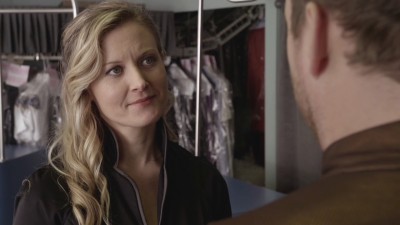