Graem Beddoes
Graem played a scientist on the Stargate Atlantis episode Tabula Rasa. He has also been on shows such as Supernatural, The 100, The Drive, UnReal, The Whispers and Hell On Wheels. IMDB Twitter 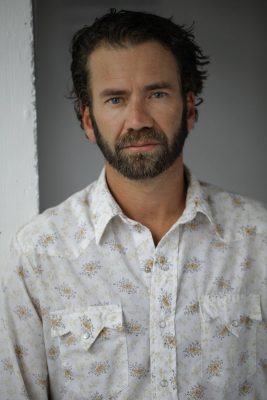 Amanda Tapping
Amanda starred as Samantha Carter in way too many to mention episodes of Stargate SG1 and the two movies, she then went onto do a season of Stargate Atlantis and a guest appearance on Universe. Along with a few friends she then help create and star in Sanctuary playing Helen Magnus. A few guest appearances since then have included Supernatural, Motive, Package Deal and Killjoys as well as more time behind the camera directing. IMDB Twitter Official 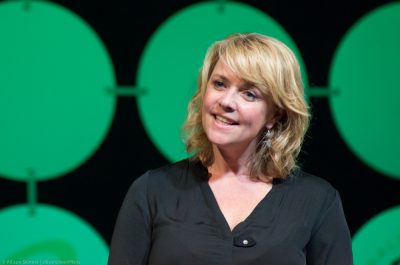 Katie Findlay
Kate appeared just twice as Ellie on Stargate Universe in the episode’s Epilogue and Common Descent as well as starring roles on How To Get Away With Murder, The Carrie Diaries, The Magicians and The Killing. She’s also guest starred on Psych and Fringe. IMDB Twitter
Kirby Morrow
Kirby played Tara’c and a Militia Man on Stargate SG1 (The Warrior and Cor-ai) and then a recurring role on Stargate Atlantis as Captain Dave Kleinman on eight episodes of Stargate Atlantis and finally a guest spot on Stargate Universe as a bridge officer in Incursion. He is also a prolific voice actor and also appeared on Arrow, Olympus, Cedar Cove, The Flash, Human Target and Supernatural. IMDB Twitter Behind The Voice
Trevor Jones
Trevor is a stunt performer who has worked on Stargate SG1, Atlantis and Universe and played an Unas (Beast of Burden) and an Alien (Forsaken) on SG1. He has also worked on Continuum, Elysium, Hell On Wheels, Godzilla, Robocop, Hellcats and Spartacus. IMDB

Dean Devlin
Dean wrote and produced the 1994 Stargate theatrical feature film. He also wrote Independence Day, Universal Soldier, The Triangle and also produced Leverage (for tv), Eight Legged Freaks, The Patriot and directed 16 episodes of Leverage. His latest feature Independence Day: Resurgence hit the cinemas earlier this year and The Librarians which he producers and directs is returning for a third season. IMDB Twitter 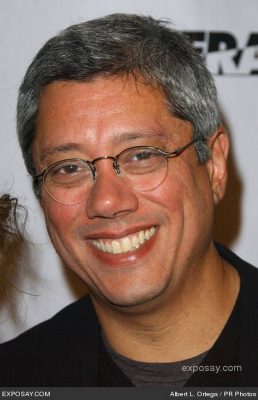 Nicholas Podbrey
Nicholas was the Special Effects Makeup Coordinator for Stargate SG1 and Atlantis and worked for MastersFX. He’s also worked on Slither, Fringe, Eureka, Sanctuary, Blood Ties, Bionic Woman, The Leftovers and Star Trek Beyond. He’s also had a few acting roles appearing on Stargate: The Ark of Truth, Sanctuary, Slither and The Haunting in Connecticut. IMDB 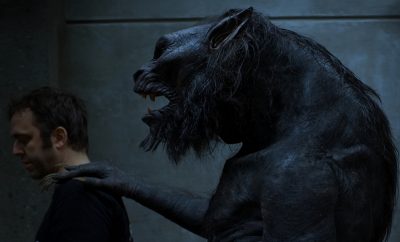 Ed Hong-Louie
Ed played Zyang Wu who had been abducted by an Asgard in the Stargate SG1 episode Fragile Balance. He has also been on Human Cargo, Eureka, The Collector, MacGyver and The X-Files. IMDB

Colby Johannson
Colby played Lt Kagan in the Stargate Atlantis episode Phantoms and SF Sergeant Finney in the SG1 episode Prometheus. He also guest starred on Men In Trees, Reaper, For Your Security, Battlestar Galactica and Fringe. IMDB Twitter
Ross Hull
Ross played Dr. Corrigan in the Stargate Atlantis episode Suspicion and Gary on Are You Afraid of the Dark? He also appeared on Student Bodies, Due South, Fearless and Iron Eagle 4. He left acting in 2005 and became a weather personality on Canada’s The Weather Network and in 2011 and then an anchor for CTV Southwestern Ontario. IMDB Twitter Twitter
Brad Dryborough
Brad was in Stargate SG1 “Sight Unseen” as the pickup driver and in the Atlantis episode The Prodigal as the hybrid. He has also been in episodes of iZombie, Motive, Arctic Air, Fringe, The Killing, The Flash and Falling Skies. IMDB Behind The Voice

Tony Amendola
Tony played Master Bra’tac on 26 episodes of Stargate SG1 and has recently had recurring roles on Once Upon A Time and Continuum as well as guest spots on The Mentalist, Dexter, CSI, NCIS: LA, New Girl and Intelligence. IMDB Twitter 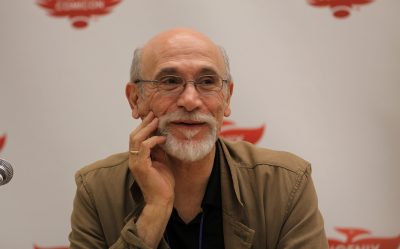 Aaron Douglas
Aaron played Moac in the SG1 episode Maternal Instinct and a Jaffa in Redemption Part 2 but of course he is much better known for playing Chief Tyrol in Battlestar Galactica. He’s also starred in Hemlock Grove, The Killing, The Bridge, Hellcats, The Returned, iZombie and The Flash. IMDB Twitter

Allan Lee
Allan was the editor for 24 episodes of Stargate SG1 and also directed the season four episode Entity and has ran the second unit on the show. He’s also worked on Continuum, Highlander, The L Word, The 4400, Missing, Alice, Dirk Gently and Olympus. IMDB Twitter

Michael Gordin Shore
Michael played Lt. Menard in the Stargate SG1 episode Enemy Mine, he also appeared on Postal, Psych, Blood Ties, The Dead Zone, The Will, Best Christmas Party Ever, The Strain and White Chicks. He has also produced and directed shows such as Glass, Treatment and Hit ‘n Strum. IMDB Official Twitter

Joey Aresco
Joey appeared twice on Stargate SG1, he played Slaviash in Company of Thieves and then Mr Parker on Full Alert. He has also guest starred on Dallas, MacGyver, The Flash, Just Cause, Dark Skies, Kojak, Lou Grant, TNG and Taxi. IMDB

Cathy Weseluck
Cathy played a resident within the machine on the Stargate SG1 episode The Gamekeeper but is better known for her voice work on shows such as Dragon Ball Z, Adventures of Sonic the Hedgehog, Double Dragon, RoboCop: Alpha Commando, 1001 Nights and the upcoming My Little Pony: The Movie. IMDB Twitter Official Behind The Voice 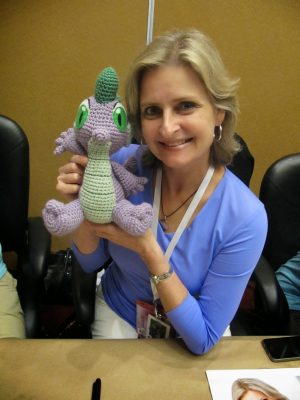 Jamil Walker Smith
Jamil played Master Sgt. Ronald Greer in Stargate Universe and has also appeared in Any Given Sunday, Girlfriends, Supernatural, Bones, Blind Justice, Chuck Hank and the San Diego Twins and he directed The American Dream. IMDB Twitter Behind The Voice
Colin Cunningham
Colin appeared in 15 episodes of Stargate SG1 and a single episode of Stargate Atlantis as Major Paul Davis and also starred as John pope in the scifi series Falling Skies. Colin has also guest starred on The Collector, The Dead Zone, Psych, The 4400, Eureka, Sanctuary and Blood Drive. IMDB Twitter
Jay Acovone
Jay was Major Charles Kawalsky on Stargate SG1 for five episodes, he has also been in Monk, 24, Criminal Minds, General Hospital and the upcoming Gun. IMDB
John Noble
John only appeared once on Stargate SG1 in the episodes Camelot playing Meurik, he starred as Dr Walter Bishop in Fringe and more recently in Sleepy Hollow as Henry Parrish and let’s not forget playing his part in The Lord of the Rings franchise. He has also provided the voice for animated features/shows. IMDB Twitter Behind The Voice

In Memory Of…
Isaac Hayes (August 20th 1942 – August 10th 2008)
Isaac was an award winning musician and actor who wrote and performed the global hit song “Shaft” and also voiced “Chief” on South Park. We also benefitted from having Issac appear three times on Stargate SG1 (Reckoning Parts 1 and 2 plus Threads) as the Jaffa Tolok and an announcer on a fourth (200). IMDB 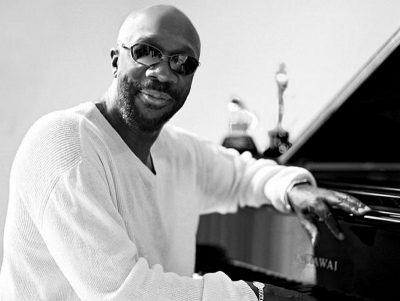 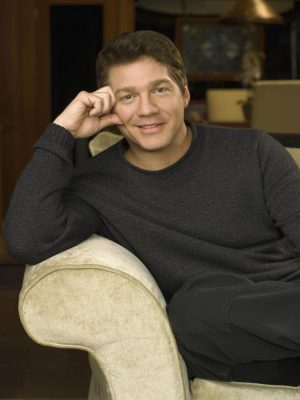 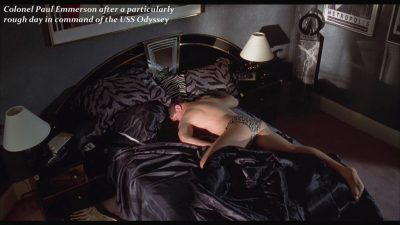 Loyd Bateman
Loyd played a soldier on the Stargate Atlantis episode Duet as well as spots on Glee and Percy Jackson & the Lightning Thief. He has far more screen credits via his work in the stunt field including shows such as Continuum, Stargate, Glee, Tron Legacy, Sucker Punch, Godzilla and the upcoming Jack Reacher: Never Go Back. He is married to Rachel Luttrell and they have two children. IMDB Twitter
Artine Brown
Artine appeared in the Stargate Atlantis episode The Kindred Part 1 as the trader who revealed knowledge of Michael. He has also guest starred on Fringe, Smallville, Psych, Supernatural, Backstorm, Helix, The 100, Arrow and the upcoming Stagecoach: The Texas Jack Story. IMDB Twitter

Adam Thomas
Adam played an Airman on the Stargate Universe episode Seizure and has also appeared on The L Word, Seeing Red, Fringe, Smallville and Kyle XY. IMDB Official
Wendy Noel
Wendy played a member of the council on the Stargate SG1 episode Revisions, she has also guest starred on Psych, The Dead Zone, Da Vinci’s Inquest, Reindeer Games and performed on stage including a starring role in Calendar Girls. IMDB 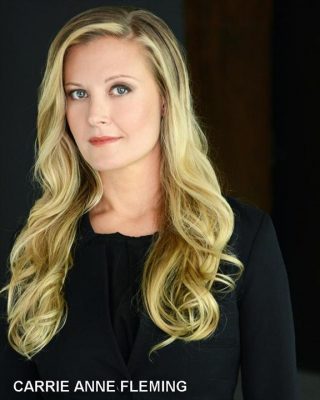 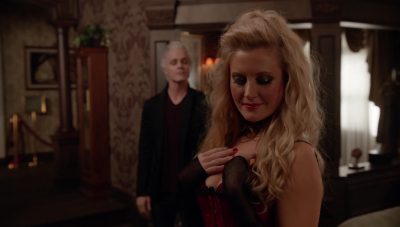 Vaitiare Hirshon
Vaitiare played the Abyodonian woman Sha’re (as Vaitiare Bandera) who was married to Daniel and then taken by Apophis later to return as Amaunet. She appeared in three episodes of Stargate SG1 and has a child (Tatiana) with Michael Shanks. Vaitiare has performed in many shows made in her native language as well as English language programming such as Pacific Blue, Heartbreakers, US Marshalls, Murder She Wrote and has had a musical career. IMDB Twitter 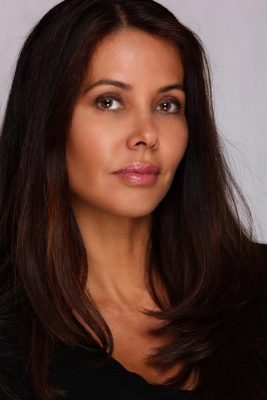 Paul Jarrett
Paul played Captain Hendricks in the Stargate Atlantis episode Vegas and Special Agent Farrity in the SG1 episode Chimera. He has also been in The Dead Zone, The 4400, Dead Like Me, Supernatural, Fringe and Rogue. IMDB

Ben Bass
Ben appeared just once on Stargate SG1 as Dr. Steven Rayner in the episode The Curse, he currently stars as Detective Sam Swarek in Rookie Blue and has guest starred on Beggars and Choosers, Flashpoint, Would Be Kings, Strange Frequency, Jeremiah, Casual and Forever Knight. IMDB Twitter
Gerard Plunkett
Gerard appeared in three episodes of Stargate SG1 ( Tuplo in Enigma and The Broca Divide and Nem in Fire and Water). He has also been in The X-Files, Kingdom Hospital, Andromeda, Smallville, Fringe, Intelligence and Garage Sale Mystery: The Novel Murders. IMDB Twitter