Peter Williams
Peter starred as Apophis in twenty episodes of Stargate SG1 setting the standard for the System Lords to follow. He has also appeared on Fallen, The Listener, Earthsea, Life As We Know It and in the upcoming The Expanse. IMDB Twitter G. Michael Gray
He played Sefaris on the Stargate Atlantis episode Outsiders as well as guest starring on Jeremiah, Smallville, Psych, Supernatural, Motive, Warcraft and in the upcoming Hollow in the Land. IMDB Twitter Ingrid Torrance
Ingrid played a Staffer in the Stargate SG1 episode Covenant, she also made guest appearances on Dead Like Me, The 4400, Andromeda, Smallville, Supernatural, The Tomorrow People, Once Upon A Time and The Killing. IMDB Twitter Official
Leonor Varela
Leonor played Chaya Sar in the Stargate Atlantis episode Sanctuary as well as guest starring on Agents of Shield, Human Target, Dallas, Arrested Development, E-Ring, Tic Tac, Murder in Mexico: The Bruce Beresford-Redman Story and Cleopatra. IMDB Twitter Official

In memory of..
Viveca Lindfors (Dec 29th 1910 – Oct 25th 1995)
Viveca played Catherine Langford on the Stargate movie and had a long career first in her native Sweden before moving to the US and working on television and movies. Katey Wright
Katy played Marci Wells in the Stargate SG1 episode Heroes Part 2 as well as appearing on The 4400, Psych, The L Word, The Dead Zone and The Collector. IMDB Twitter
Richard Band
Richard composed music for fourteen episodes of Stargate SG1 as well as creating music for Masters of Horror, Shiver, Angels, Trancers III and numerous video games. IMDB Official
Dee Jay Jackson
Dee Jay played the cab driver on the Stargate SG1 episode Lost City part 1 and has made a name for himself on recent christmas features such as Christmas Cookies, Operation Christmas, My Christmas Dream and Wish Upon A Christmas. He has also been on TheFlash, Godzilla, iZombie, The Age of Adaline and Human Target. IMDB

In Memory of…
Wray Douglas (December 28th 1966 to Oct 29th 2014)
Wray left a legacy of creativity and excellent in his chosen craft of special effects for television and movies over many years.
Wray worked extensively as the special effects coordinator on all three of the live action Stargate shows as well as Apollo 18, A Dog’s Breakfast, Bad Moon and House of the Dead.
IMDB Gardiner Millar
Gardiner guest starred on four episodes of Stargate SG1 (Origin, Ex Deus Machina, The Fourth Horseman P1 & Stronghold) as the Jaffa Yat’Yir. He’s also appeared on Flash Gordon, Fringe, Agent X, The 100, Arrow and The X-Files. IMDB Twitter
Bill Croft
Bill played Sindar in the Stargate SG1 episode Double Jeopardy, he has also been on First Wave, Outer Limits, Arctic Air, Arrow, The Dead Zone and Supernatural. IMDB
Toby Berner
Toby was Grimsby in Morpheus the Stargate SG1 episode, he also gust starred on Psych, Smallville, Jeremiah, Aliens in America and Human Target. IMDB Twitter
Michael S. McLean
Michael was the Post Production Supervisor on Stargate SG1 and for a few seasons of Atlantis, he also worked on Jeremiah, Dead Like Me and The Outer Limits. IMDB
Doug Chapman
Doug played Sgt. Cole on the Stargate Atlantis episode “Michael” and has also been on Watchmen, Arrow, Continuum, Star Trek Beyond, Travelers and Motive. His other profession is as a stunt performer having worked on The Flash, Arrow, Motive, True Justice, Godzilla, The Grey and Rise of the Planet of the Apes. IMDB Twitter

Sarah Mutch
Sarah played Celina in the Stargate Universe episode Earth and has appeared on Smallville, Jake 2.0, Funkytown, Chillerama and Supernatural, she is also a fashion model having
graced the cover of Maxim and Cosmo. IMDB

John Prowse
John appeared on three episodes of Stargate SG1 playing Colonel Pearson ( The Scourge and Lost City parts 1 and 2). He has also been on Cold Squad, The 4400, Saved, Once Upon a Time in Wonderland and Skyquake. IMDB Official 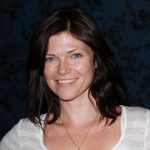 Nicole de Boer
Nicole appeared just the once on Stargate Atlantis as Dr Alison Porter in the excellent episode Whispers. She is better known for her time on Deep Space Nine (Ezri Dax), The Dead Zone tv series (Sarah) and the movie The Cube as well as recent guest spots on Haven, Private Eyes and Reign. IMDB Twitter

Reg Tupper
Reg played a doctor in the Stargate SG1 episode In The Line of Duty and has also guest starred on shows such as Smallville, Dead Zone, Tru Calling, Dead Like Me, Motive, Intelligence and R.L. Stine’s The Haunting Hour. IMDB
Jason McKinnon
Jason played Airman Walker in the SG1 episode The Scourge and has also appeared on The Flash, Motive, Falling Skies, Tru Calling, Smallville, Supernatural, Fringe, The Man in the High Castle and A Wish for Christmas. IMDB Twitter

Jessica Steen
Jessica was the first Elizabeth Weir in the Stargate SG1 episodes “Lost City 1 & 2”. She has also appeared in the movie Armageddon and tv series such as Earth 2, Heartland, Homefront, Bullet in the Face, Flashpoint, Those Damn Canadians and NCIS. IMDB Official

Kate Hewlett
Kate played Jeannie Miller in four episodes of Stargate Atlantis and she has also appeared on Psych, Degrassi:TNG, The LA Complex and A Dog’s Breakfast with her brother David. She also stars on The Stanley Dynamic, played Sarah om The Girlfriend Experience and was the story editor on The LA Complex. IMDB Twitter

Ernie Hudson
Ernie was Pernaux in the Stargate SG1 episode Ethon but is best known for his role on Ghostbusters or maybe as Warden Glynn on Oz. He has also appeared on ER, Wild Palms, Bones, Desperate Housewives, Law & Order and Heaven Sent. IMDB Twitter Official

David MacInnis
David played Talus on Stargate Atlantis The Return 1&2 and Agent Williams on Stargate SG1 Ex Deus Machina, he has also appeared on Dead Like Me, The 4400, A Louder Silence, Saving Hope and Smallville. IMDB
Matthew Harrison
Matthew played Darien in the Stargate SG1 episode Double Jeopardy and a Scientist on the Atlantis episode Conversion. He has also appeared on Chaos, Reaper and Smallville. IMDB
Dan Pelchat
Dan has been a Stunt Performer and Actor on shows such as Stargate Universe, Intelligence, Arrow, Continuum, Signed, Sealed, Delivered: From the Heart, Sanctuary, Andromeda and Tasmanian Devils. IMDB

Shelene Yung
Shelene was an uncredited stunt performer on two episodes of Stargate Universe (Incursion: Part 1 & Sabotage). She has also worked on Smallville, Down River, Supernatural, Witches of East End, The Flash, Arrow and The 100 and acted on shows such as Lucifer, Fireball and Fear Itself. IMDB Michael Shanks
Michael took on the television role of Daniel Jackson for the premiere of Stargate SG1 Children of the Gods through to Stargate Universe (minus 1 season of SG1 of course). He’s currently starring in Saving Hope as Dr Charlie Harris which returns in the new year and has had notable guest roles on 24, Smallville, Flashpoint, Andromeda and Burn Notice as well as starring in one or two of my favoured scifi/creature features. IMDB Official Twitter

Martin Christopher
Martin has appeared in all three live action Stargate series as well as Ark Of Truth, he played Kevin Marks who rose through the ranks during the run of the franchise. He has also appeared in Fringe, Supernatural, Eureka and Sanctuary. IMDB Unofficial

Leah Ehman
Leah was a makeup artist and department head on Stargate Atlantis between 2004 and 2007. She has also worked on Sucker Punch, I Robot, First Wave, TRON Legacy, In the Name of the King: Two Worlds, The Secret Circle and The Dead Zone. IMDB

Sarah Douglas
Sarah played the Tok’ra Yosuuf / Garshaw of Belote in two episodes of Stargate SG1 (The Tok’ra Parts 1 and 2) but she is certainly better known for playing Ursa in the Superman movies as well as the evil Pamela in the original V, Emmerdale Farm, Deathwalker on Babylon 5 and starring in the US soap Falcon Crest. IMDB Twitter Official Behind The Voice

In Memory Of
Katherine Lawrence (December 11 1954 – March 25 2004)
Katherine was a writer on Stargate Infinity as well as writing for other animated shows such as Conan: The Adventurer, Hypernauts,Dungeons & Dragons and Biker Mice from Mars.
IMDB Beau Bridges
Beau played General Hank Landry in the ninth and tenth seasons of Stargate SG1 as well as appearing on Stargate Atlantis. He has also had recurring roles on My Name is Earl, Franklin & Bash, The Agency, Bloodline, The Millers and Masters of Sex. IMDB Twitter

Reiko Aylesworth
Reiko played Sharon Walker in three episodes of Stargate Universe (Life, Pathogen & Sabotage) and before that she starred on 24 appearing in 64 episodes as Michelle Dessler and had recurring guest roles on Hawaii Five-0, ER, Damages, Revolution and Lost. IMDB

Sebastian Spence
Sebastian appeared on Stargate as the Tok’ra Delek in the SG1 episode Death Knell but was the star of First Wave and had a recurring role on Battlestar Galactica as well as guest spots on
Smallville and Endgame, he starred as Cliff Harting in Cedar Cove. IMDB Twitter Behind The Voice

George Touliatos
George had two guest spots on Stargate SG1 as Pyrus in Need and Shamda in Fallen as well as appearing in the movie This Means War and guest starring on Supernatural, John Doe and The Sentinel.       IMDB Behind The Voice
Patti Allan
Patti appeared just the once on Stargate in the episode Chain Reaction playing Mrs Kinsey. She has also been on The X-Files, Ed, The 4400, Dead Like Me, Fringe and Supernatural. IMDB