SG1 along with Martouf and Jacob are still prisoners on Netu thanks to the prisoners rebellion and as the one formerly known as Naonak bargains with Sokar the Tokra implement their own direct action plan to remove the threat of Goauld civil war and the rise of Sokar to well ruler of the galaxy.

This is the conclusion to the episode “Jolinars Memories” and is quite a pivotal episode as it sets the scene and players for future stories/events. The use of the memory device to spoof real memories with a twist was interesting in allowing us to see Sam as a youngster, Charlie, Daniels issues over his wifes son and Martoufs love for Jolinar and by extension Sam. The fact all these attempts failed to various degrees just underlines why Goauld endeavours fall short when dealing with the more complex individuals/organisations like the Tokra and SGC. 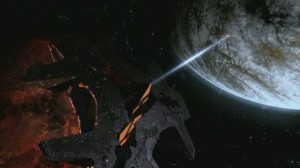 While investigating Sokar and a potential move against the system lords Selmak aka Jacob gets himself captured and taken to Netu a world created to resemble the mythical hell. A daring rescue attempt by SG1 and Martouf armed with the inside knowledge of Jolinar (the one person to escape from Netu) does not go well and then things really start to go wrong.

Jolinars Memories is the first of a two parter as we see the power play and resources Sokar has gathered to combat his fellow system lords and we’ve already seen his ingenuity and malice when dealing with Apophis. 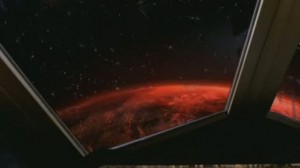 SG1 discover the first Christian community off world indicating they were taken from Earth after the death or Ra using the second stargate. The people are mired in a religion heavily slanted towards the Devil and Hell created by Sokar and unknowingly administrated by the clergy of this world.

Tealc is called a Demon and fails the dunking test leading to SG1 and one of the villagers (Mary) to be condemned to hell through the gate of darkness while Simon a young monk and more open minded member of the village wrestles with going against his societies rules. 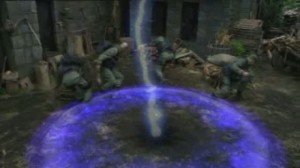 While searching for a crashed UAV the guys are captured by an a bounty hunter who intends to trade them to a system lord or use them to capture a more valuable prize whose identity causes more complications.
The episode features Sam Jones who is perhaps most well known for playing Flash Gordon in the movie a couple of decades ago and he plays the bounty hunter Aris Boch to perfection.  We are also introduced to our first look at the Tel’tak cargo vessel which features strongly as the workhorse of the Goauld and independent fleets and we meet a new Tokra by the name of Korra played by Mark Holden.

Sokar is once again an element of the story which fuels his role as this season big bad.
This was a decent episode, a good character played well by Sam was the key and it was clear that SG1 has been very lucky in the past, a dedicated professional took them out easily while the more emotional and head strong system lords and followers continually fail. 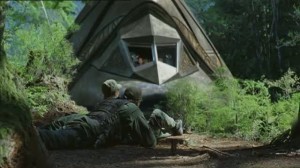 SG1 visit a world whose gate address they believe came from the Tokra but a war erupts in the skys and a glider crashes down revealing it’s pilot, someone they know all too well…

A surprisingly good episode as we deal with the series original nemesis who has been turned on by his own, as is mentioned so many times the System Lords are just as aggressive against eachother and weakness is exploited. Apophis played wonderfully again by Peter Williams has let the SGC run wild and is suffering the consequences but as we see the host has also suffered centuries of abuse and the play off between the hatred for one and the compassion for the other is done very well.

The episode also underlines that Apophis was far from being the big bad we thought he was, Sokar makes him look like a toddler messing around in the sandpit.