I’ve watched the final three episodes of the second season of Eureka and well sort of a family affair, you’ll see what I mean:)

In the episode Maneater we had Lexa Doig (SG1) playing Dr. Anne Young who will return in the third season and also Richard Ian Cox (SG1 & SGA) who was Dr. Bob Stone. We then had Michael Shanks (SG1, SGA & SGU) playing Christopher Dactylos in the episode All That Glitters and you can’t help but wish Lexa and Michael got to do an episode together, could have followed the Andromeda and Stargate theme 🙂

Just a couple of episodes watched from season 2 of Eureka this evening and in the first we had Sonja Bennett (SGA) playing Callie Curie in the episode Sight Unseen and maybe a love interest for Jack and in the second episode of the night well it was Teryl Rothery playing Diane Lancaster in God Is in the Details.

Well another three episodes of the second season of Eureka watched tonight and in the first “Noche de suenos” we had appearances from Colin Cunningham (SG1 & SGA) as Dr. Paul Suenos, Carmen Moore (SG1 & SGA) as Dr. Childress and Martin Christopher (SG1, SGA & SGU) as the Doctor. In the episode “Family Reunion” the main guest star was Tygh Runyan (SGU) playing Pierre Fargo and in “E=MC…?” we had guest spots for Niall Matter (SGA) as Zane Donovan and Allison Hossack (SG1 & SGA) as Dr. Emily Glenn.

I’ve just watched episodes four and five of the second season of Eureka and in “Duck, Duck Goose” the fifth episode we had Anna Galvin (SG1, SGA & SGU) playing Dr. Jane Harrington and David Lewis (SG1) playing Dr. Aaron Finn in a typical story of shanahanigans and misadventures as Jack tries to solve the problem of the sky falling down which started when his Jeep got hit by a meteorite, so it begins 🙂

I’ve started the second season of Eureka and yes I’ve finally got the blu-ray boxset down off the shelf and enjoying this quirky and funny piece of scifi adventure. I watched the first season over the recent holidays and just watched three episodes of the second season this evening and apart from some of the regular and recurring cast members who have guest starred on Stargate there were three more that had meaty guest roles and are worth mentioning. So in the episode Try, Try Again (S2E2) we had Barclay Hope (SG1) playing General Mansfield and Vincent Gale (SG1 & SGU) playing Dr Todd and in Unpredictable (S2E3) David Nykl (SG1 & SGA) was Dr. Steven Whiticus and Patrick Gilmore (SG1, SGA & SGU) was Pete Puhlman.

Ah the joys of watching an older series (well not that old) and seeing a face who is now so very familiar to you thanks to their numerous appearances on Stargate SG1, in this case it’s the one and only Garry Chalk.

Garry played the Russian officer Colonel Chekov in ten episodes of SG1 and before that a small recurring role on The Dead Zone. I’ve not seen the Canadian crime drama Cold Squad but Garry had a starring role in that show appearing in 67 episodes and is a popular actor for voice roles so a well established actor and worthy of being a protagonist in the pilot episode of Eureka. You know how it is, you don’t know what you fancy then a lightbulb appears and you grab a show you haven’t watched for a while and enjoy it so much you wonder why you haven’t rewatched it:) 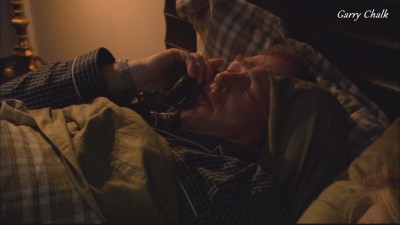 Eureka is such a show that hasn’t aged, the effects in the pilot are still good and the writing and performances are still enjoyable and interesting looking back after all the changes over the 5 year run of the show. Garry plays Colonel Briggs a US military man charged with some level of oversight of the town of Eureka and charges in for his “I Told You So” moment but is thwarted thanks to some clever or simple ideas from Carter and the use of one or more of the geniuses in the community. 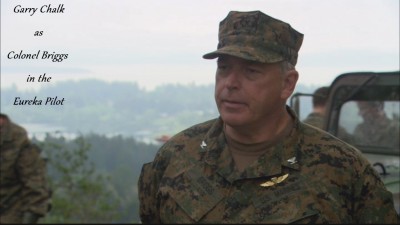 A very happy birthday to Kavan J Smith for Sunday 6th May. 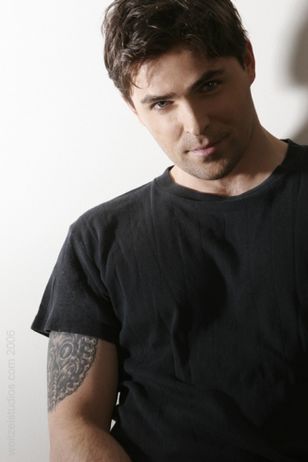 Kavan has guest starred and had recurring roles on numerous scifi genre shows and tv/dvd movies, he always delivers a fun performance and right now is one of the great characters on Eureka. He also comes across as both a guy you would be very happy to drink with but also to keep away from your sister or even gf/missus, he’s too good looking by half.

Also on the 6th Carlos Lauchu who played Anubis in the Stargate theatrical movie celebrates his birthday.