I’ve played a little of the game during my lunch break at work on the ipad and allowing for the touch screen and not being a youngster I’ve enjoyed it. Here are a few screenshots taken early on in the first episode of this multipart story. 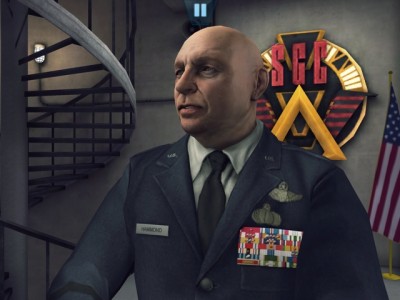 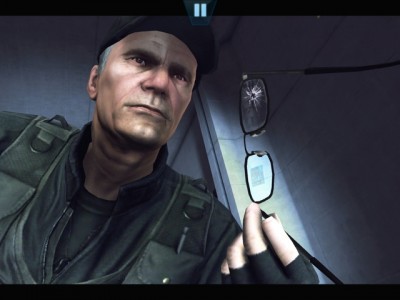 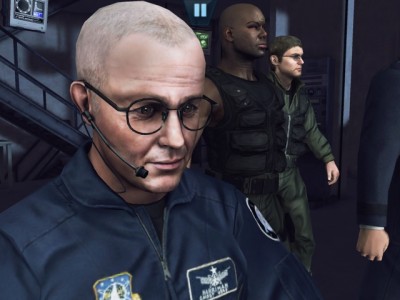 The first instalment of the new Stargate SG1 action/adventure game is due in March from MGM and Arkalis Interactive. Once again it’s aimed at the tablet market and will include the original actors providing the voice work for some pretty decent graphics. 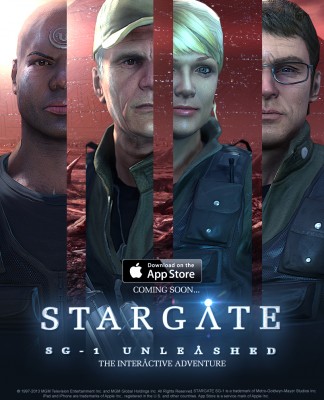 A revelation by Jonas leads SG1 to a long abandoned Ancient world which is now inhabited by a non-technological society who have one surprising resident, a visitor to their world who arrived sky clad and void of memory. Upon returning to the SGC the situation in regards to Anubis and his super starship weapons system is addressed with the F302 and it’s hyperdrive system circumventing the shielding and a death run towards a thermal exhaust port which leads to the cooling systems of the power core. Meanwhile the two boys go skipping and laughing throughout the ship dodging guards and working in tandem with the F302 but disaster strikes and Anubis once again pulls the rabbit out of the hat. 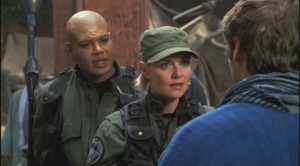 Welcome to Fallen the premiere episode of season 7 in which we see the full time return of Michael Shanks playing Daniel Jackson and the continuation of the battle between Anubis and the combined efforts of the SGC and the Systems Lords. Fallen is a quite a mix in terms of out and out action which is pretty impressive and a lot of talking heads first to convince Daniel he belongs at the SGC and then Jonas and Daniel together working things out, both make enjoyable scenes but it’s the uber CGI fest which is the shape of things to come for this season.

We have feedback from Colin and comments from our Facebook group, thanks guys. The promo this week is from Flash Pulp and join us next week for Homecoming and if you have anything to say about that episode or our show please get in touch.