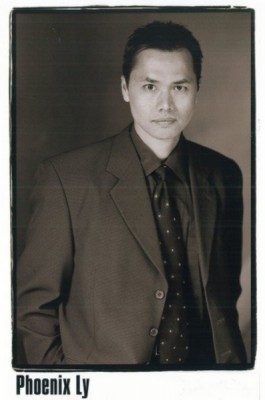 Jewel Staite at last weeks Phoenix comicon in a solo panel talking about her time on Firefly, Stargate Atlantis, The LA Complex and her life in and out of television. Alan once again can be heard asking a question at around the 9 minute 20 second mark:)

The Amanda Tapping panel at Phoenix Comicon, Alan is there somewhere:)

Welcome to the fifth bonus episode from Gatecast in which we are going to cover the Richard Dean Anderson series MacGyver. The format is pretty much the same as what we do for a standard episode of the show so it includes a commentary on the fifth season episode Live and Learn which has a familiar guest star in the shape of Christopher Judge. We’ve also included a little background information on both RDA and MacGyver but by no means are we experts and there is conflicting information on the web.

MacGyver premiered in the US in October 1985 on the ABC network and ran for 7 seasons with an additional 2 TV movies and became a world wide hit making RDA a global celebrity. Christopher Judge only made this one appearance on the show but if you go through the series credits you’ll see plenty of actors and crew that appear in this and the later Stargate shows.

This and maybe 2 more bonus episodes are going to be released over the holiday period in the hopes of first making sure for those that are interested in a little audio entertainment they have something from us but also to address the expected drop off in downloads of this holidays, it happens every year and we want to save the Stargate episodes for when everyone is back into the swing of things. Next week we’ll be doing a Simpsons episode which also features a guest appearance by RDA in and out of his MacGyver persona, join us and let us know what you think:)