A very happy birthday to Daniella Evangelista who played Denya in the Stargate SG1 episode Crusade. She has also guest starred on Blood Ties, Warehouse 13, Special Unit 2, Endgame, Supernatural and The 4400.
Twitter    Official Site
Birthday best wishes to Elliot Mandelcorn who credited as Bryan Elliot played Colonel Raimi in the
Stargate SG1 episode Babylon. He has also appeared on Fairly Legal, Fringe and Shattered and is now in the real estate business.
Mandelcorn 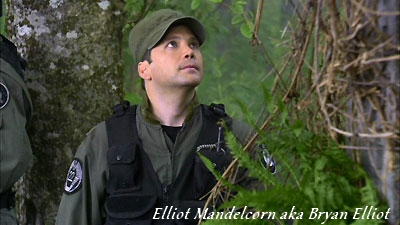 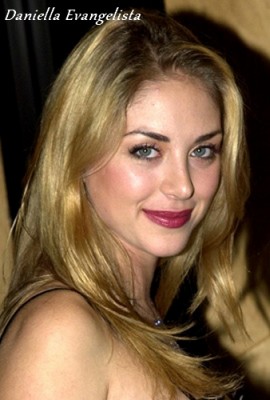 Trapped in the rubble of the Tokra base the last few survivors flee the invading army intent on denying them access to the chemical/biological weapon which could cause the downfall of the Jaffa armies the System Lords rely on. Meanwhile Daniel continues his undercover role within the System Lord Summit but he’s getting careless and surrounded by enemies one mistake could be his last. Last Stand is the conclusion to the double header which deals with the fate of the Tok’ra or at least the majority of them and there ability to be a significant threat to the Goa’uld who themselves may not realise the mistake they are making be not banding together to resist the return of one their number. 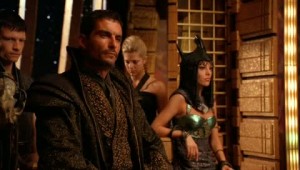 Daniel is playing a very dangerous game by delaying the release of the poison but he always had a soft spot for women and especially those he had or does care for so can’t really kill Osiris without the option of first releasing Sarah from it’s grasp. It doesn’t help that in Danny mode he talks too much raising the suspicions of another Lo’taur who in a quite independent act goes to Yu can informs him of his concerns. Of course it all falls apart but this is plotonium as it drives Daniel and Jacob towards Revanna in an effort to help SG1 and the Tok’ra. SG1 along with Elliot are escaping the Jaffa and heading towards a communications device and fortunately evade capture and eventually meet up with the returning Daniel and together trapped with no help for escape Elliot offers up a solution. 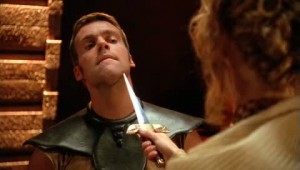 Last Stand is an excellent episode, Michael Shanks and Anna-Louise Plowman get to show their chemistry together and it’s this story which does kinda dominate the episode although the remaining SG1 with Elliot plays well with some angst and a logical and fitting act by Elliot. Some interesting choices made in what not to show and you can really see where all the money was spent and being Rob C Cooper has it’s uses when pushing through your own vision of a sequence:) 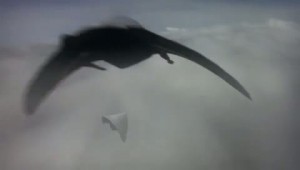 Bandits on your Six

The Tokra have been busy developing a new weapon and delivery system just in time for a major conference of the remaining System Lords. Using the drug which is derived from the substance the Reol people use to influence the minds of other (Fifth Man) Daniel is volunteered to go undercover as Lord Yu’s personal servant and at the appropriate time use the weapon wipe out the ruling class of the Goauld. Meanwhile the location of the Tokra base on the planet Revanna has been discovered and a huge Jaffa force besieges the base and block the gate forcing SG1 and the last survivors of the Tok’ra to fight for their lives. All that aside both SG1 and Daniel get a few surprises on their respective missions which are left unresolved and leads into the second part of this double header.

Summit is the first part of a two parter, it’s written by Joseph and Paul but the second part of the story was written by Rob indicating that major arc implications are in play and yes the seeds of a new main arc are sown as the Systems Lords and the SGC face some stark realities. The episode is jam packed with good stuff, every cent spent is clearly evident on screen from the top notch CGI to the beautiful sets and costuming it really is a feast for the eyes. 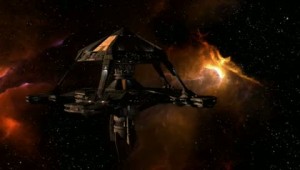 With two significant stories being played out it would be easy for both to suffer but surprisingly they both hold their own although it had to be a two parter as so much happens from both perspectives and then of course the stories do overlap and the implications continue to appear for the rest of the season and the next. It was good to see Elliot so soon even though his character was a last minute substitution for Martouf when JR Bourne was not available but keeping Lantash the Tok’ra was inspired allowing Sam to have some solid screen time and act above the tech nerd or soldier. The loss of the Tok’ra as major players came as a surprise especially with the rise of Anubis but just as we lost Apophis there will be those that come along to fill the gaps. 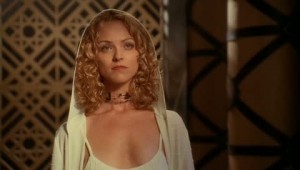 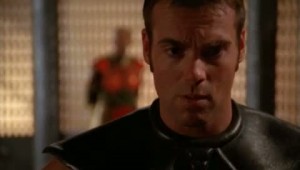 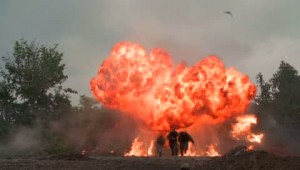 My ass is toasty!

Jack is supervising the training of some new recruits in mock battles and tactics and isn’t too happy with their performance even taking into account they are not combat veterans being straight from the academy. Complications arise when a foothold situation occurs and Jack is forced to kill a number of men and gets wounded himself and with only the four cadets he has to infiltrate the SGC and save the day. Proving Ground is a rip roaring fast paced episode, there is simply no let up in the action and suspense as we are drip fed the information along with the recruits which maintains the suspense and mystery. Twists and more twists add depth and flavour to the episode along with the bonus of recurring characters which always pays off. 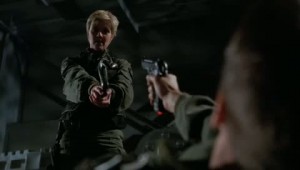 Evil Sam, hmmm could be interesting.

Hailey and Elliot are two well developed characters but it’s a shame that Scattergood and Grogan were marginalised a little but with only 44 minutes to play with there was only so much that could be done especially as they still had to fold the regular cast into the story which they balanced out very well. It has to be said for Sam and Daniel in particular their roles while small yet full of humour and even Teal’c who had even less screentime had at least one laugh out loud moment. 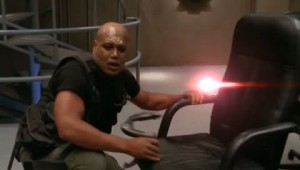 The best acting and writing of the episode was certainly RDA doing both the disciplinarian and fatherly figure role and managing to inject the humour of who gets shot and how hard it will hurt, lots of fun but then when required very very dark especially near the end.  To lighten things up the episode ends on a scene that has you smiling which pretty much makes you wonder what Elliot’s future is and we don’t have to wait long to find out.

Ok this was our 100th episode and while an episode a week (more or less) has meant it’s taken a while to get here it’s been a lot of fun and to celebrate that we’ve run a email competition for the listeners and we had 8 entries (not bad but should have been more) and the winner was Daniel Waller. Thanks to those that entered (Abby, Thomas, Adriana, Luke, Miles, Stephen and John) and I’m sure we’ll do this again and no doubt inflation will require a higher price tag prize:) 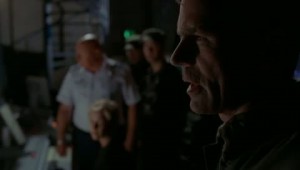 Great framing of a deep Jack