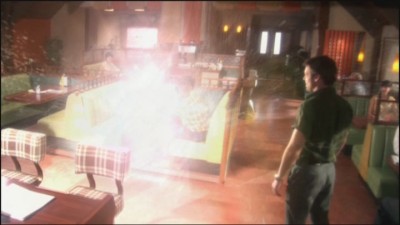 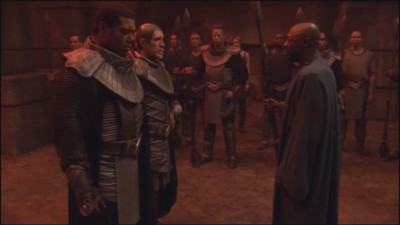 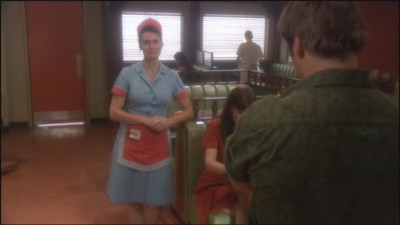 Disaster strikes on the planet Kelownan and to the Langaran people who have recently discovered a treasure trove of Goauld technology in a long lost and ruined temple believed to have been part of a former civilisation from a few thousands years ago. There discovery of the Stargate allows a visit from SG1 who find a culture whose technology and political status echos the 1950’s as states face eachother down and a belief the bigger bomb will solve everything. Whilst experimenting with a new mineral translated as Naquadria shown to be hugely more powerful than Naquadah an accident floods the lab with radiation and threatens the entire facility if not the entire region and Daniel leaps into the fire to disengage the run away reaction and pays the ultimate price. 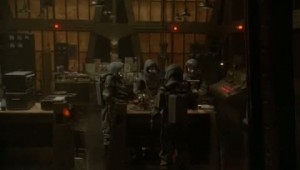 Never a safe work place when suits are required

The collapse of the Langaran experiment and deaths of the scientists is blamed on Daniel who at this time is simply decaying as the radiation blast ruins his body but Jack despite the logic of taking the political compromise to get access to the Naquadria refuses to have his friends name dragged into the mud. With his life hanging by a thread Daniel once again meets the enigmatic Oma Desala who appears to him in human form and offers the possibility of accession and tries to convince him that despite his own doubts and specific failures he has been a force for good in the universe and deserves to take the next step. 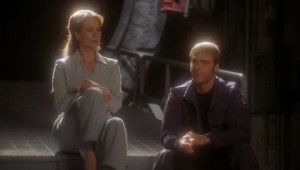 Oma & Daniel take life, the Universe and Everything

Whilst Daniel has his out of body experience and listens to the words of Oma and his friends Jack continues to push the only real witness to the event a guy named Jonas Quinn who thinks very much like Daniel. Jonas is forced to face the realisation that his people are doing the wrong thing and his future and that of his people could be tied to what the Humans can do with this new mineral and chooses the only viable option to abandon his world and offer the mineral to Earth in the return for access to the defence tech it will power. 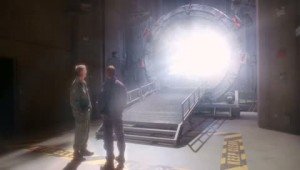 Accession, the evolutionary step an advanced mind can take to move on from the physical plane and inhabit the ethereal as pure intellect and intelligence, an ideal way to have Daniel leave the narrative but always have him just hovering in the background if required:)