Thor returns to Earth and picks up the frozen Jack and the cool Tealc and heads to the new Asgard homeworld in the hopes that the Ancient knowledge held in Jacks head will help devise a defence once and for all. Meanwhile Fifth is playing mind games with Sam both to punish her betrayal but also venting his own immature rage against the one that spurned him. A showdown is imminent and armed with technology created by Jack who once revived has no real idea what it is or how it works the defence of the Asgard begins even if it means sacrificing Sam.

New Order Part 2 was aired as a separate episode in the UK but was part of the feature presentation of the season opener in the states. We have three stories ongoing all of which get a decent amount of screen time both to develop and for the characters to play their part, the Asgard find a solution to their long term problem with the replicators, Sam is saved although released is perhaps a more accurate term and the system lords and by extension Ba’al are put aside for another day. The request for asylum by Camulus comes out of the blue and of course Goa’uld rarely do anything that doesn’t serve a purpose, we’ll find out that purpose in due time. 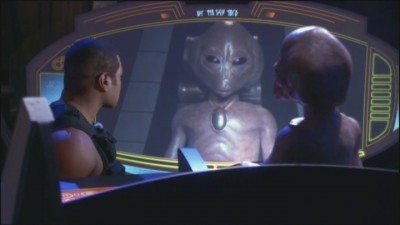 New Order Part 2 is a very satisfying conclusion to the season premiere, we get solutions to the problems which make some sense while setting up potential problems in the future. The changes in the SGC and SG1 are significant but again they make a lot of sense especially given RDA’s limited time on set during the last season and saving the planet is a young persons game:) 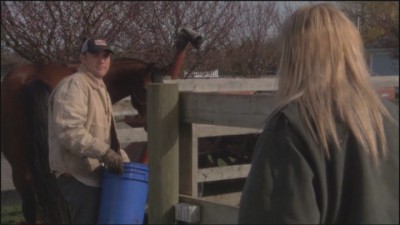 Thanks for the continued support of the podcast especially via twitter and facebook, always good to see the discussions going on in those arenas but we would love here from you directly via email especially a voice recording. Lets hope as we embrace all that is Atlantis in next weeks episode it’ll encourage more interaction and speaking of which we’re just about to wrap up the itunes promotion so get those reviews in and the draw for the Ronon signed figure will be done maybe next week. This weeks promo is from Trek News & Views a Star Trek podcast, well worth listening to if you have any interest in the excellent scifi franchise.