A surprise announcement from the head of Colson Industries who claims to have proof of alien interference with mankind and various governments collusion to cover it up. This shocking press conference has the US state department and the SGC attempting to put out the fire but with Alec Colson having his own fleet of satellites and his companies access to relabelled recovered alien tech he is certainly in a position to see the big picture. The SGC may be willing to play nice but the Trust made up of former NID operatives and backers are more decisive shall we say and if an accident can’t be arranged then there are
other means to remove a threat.

Covenant is a very well cast episode, both Charles and Tom play their roles exceptionally
well as the idealist and the realist clashing over what they should do with information that
could change the world. It’s great to see both Daniel and Sam working together out in the
real world and a call back to the Prometheus episode with the reporter being used to
glue everything together. 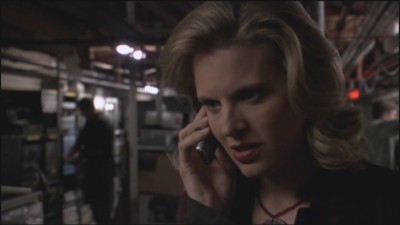 On or Off the record?

Thor of course is always a pleasure more so because they really have got the puppets
interaction down pat even to simple reaction shots and close in work with the actors.
I’m seriously impressed with the SGC’s creation of the base on the new Alpha site, that
would have taken a lot of work or maybe they had access to some Tok’ra crystals but
it looked man made. In hindsight it looks a lot like the Icarus base from Stargate Universe. 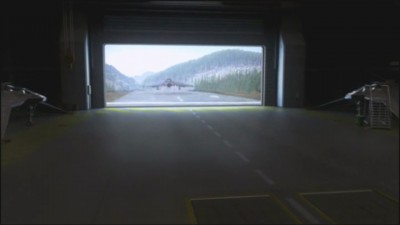 This weeks promo is from the Scifi Diner hosted by Scott and Miles, they talk about genre
tv and movies and gather countless excellent interviews from their many convention trips, well
worth a listen. Next week we return to Pegasus and meet for the first time the Genii in the
SGA epsiode “Underground” which stars Colm Meany and Erin Chambers.

We got some feedback from Colin our friend over at Trek News & Views as well as a little
bit of facebook feedback on last weeks episode but we always need more so if you fancy dropping
us a line then you can do so via Facebook, Google+, Twitter and this sites contact form. You can
also find us on Stitcher Internet Radio and on itunes.