Major Lorne and Dr Parrish are investigating a high solar radiation world and come across the body of a Wraith with it’s gland removed, believing they are finally getting close to finding Ford teams go to the world and begin a search hoping they can reason with Ford and not take decisive and fatale action to protect the city and expedition. However there is another man on the planet, a Runner who was first captured and then released by the Wraith to provide sport or maybe to fine tune their skills on the ground, either way he complicates the mission after taking John and Teyla prisoner.

It turns out Ronon Dex is seeking information on who these people are and their relation to Ford who had shot him earlier and also as it happened saved him from a Wraith and as all the parties involve dance around each other the Wraith darts turn up and once again Ford is lost to his former family but maybe they’ve found someone else with more of a stake in taking on the scourge that is the Wraith. 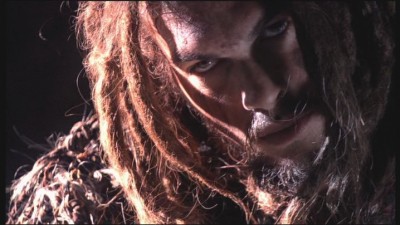 Runner written by Rob C Cooper is a rip roaring action piece set on this very alien looking world, ok the trees are still trees but it seems alien with the filters they use to colourised and saturate the look of the HD filming. The introduction of Ronon Dex played by Jason Momoa is done very well and over laps with Fords appearance with real style, also good to see Major Lorne move over from SG1 to Atlantis and the first visit to the show by Jonathon Young a respected character actor who went on to a recurring role on Sanctuary. 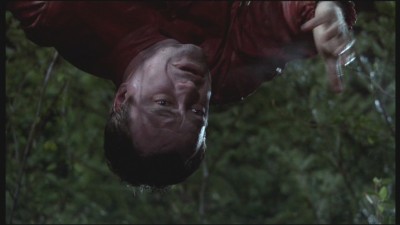 We didn’t get a lot of feedback for last weeks episode or the first week of the 200th episode competition but thank you to everyone who took the time to get in touch, always appreciated. This weeks promo is from Aaron’s Scifi Dig podcast and next week we welcome Alan back for the SG1 episode The Ties That Bind. We would love to hear any thoughts on that episode and any other and of course we want lots of entries for the competition so listen to the clues and figure out the answer and then drop us an email. We have a couple of signed Cliff Simon CD’s and we are gonna throw in some gift certificates, unoriginal I know but useful to let prize winners choose their own goodies:)