Welcome to the latest bonus episode for the 2015 holiday season, this week Alan is joined by Kriss and together they take a look at “Stand by Me” a third season episode of the Canadian medical drama Saving Hope. In this episode which was directed by Michael Shanks the staff of Hope Zion deal with the departure of one of their own and the complexities of medical care for patients not technically allowed access to said care due to their illegal presence in the country. We also get an accidental dosing of LSD which spices things up and Charlie puts his heart on the table and it gets stomped on.

This is Saving Hope S3E4 Stand By Me 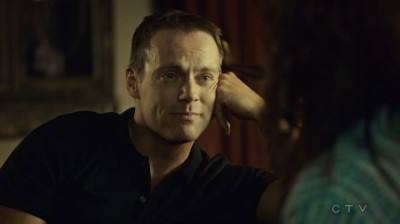 Stand By Me featured Lexa Doig as Dr. Selena Quintos and it’s never a bad thing to see her guest starring in a show and her character’s interaction with Joel (Daniel Gillies) was good drama and as you may know led to further complications. The departure of Gavin was nicely handled and the one on one with Maggie was at times heart breaking but it was done well and nice use of some visual effects to enhance the emotion. Overall a good and entertaining episode of Saving Hope which was chosen by Kriss.

Next week we are back for another bonus show and I think I know which it will be, something of a surprise given what we’ve said in the past, stay tuned and feel free to let us know what you think of these bonus shows and the podcast overall:)