Welcome to our first wrap up show for Stargate Atlantis, we have done a few in the past for SG1 and the format is pretty much the same but for this Brad joined us so it runs a little longer than the two person SG1 wrap up show we released last week and of course it includes the results of the SGA poll.

We hope you enjoy the look back at what turned out to be an excellent opening season for Atlantis and while there is no doubt it benefited from  the experience of the existing writers, producers and directors it quickly set itself apart with it’s style and take on some original and not so original stories. 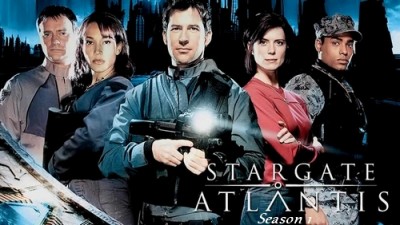 A huge thank you to everyone that voted in the Stargate SGA poll, it didn’t pull in as many votes as the SG1 poll which was mildly surprising but again we got a clear winner. It’s also interesting to see where the votes came from and they were spread around the world so a big hello to all our friends in the UK, Ireland, USA, France, Russia, Australia, Italy and Holland who voted:)

Next week we begin the ninth season of Stargate SG1 with the episode “Avalon Part 1” with a long time friend of the show Thomas so love to hear what you think about Stargate or the Gatecast past, present and future and the comments can be included in the show.