On this weeks bonus episode we are joined by Ian to take a look at the series premiere of Dark Matter. The show was created by Joseph Mallozzi and Paul Mullie who in their time wrote and produced episodes of Stargate SG1, Atlantis and Universe. This Syfy funded show tells the story of the crew of a spaceship who awoke from stasis with no memory of who they are, they do retain their intelligence and muscle memory skills but the details of their identity remains clouded. The ship’s android perceives them as a threat and attacks but is shut down and security protocols purged thus allowing her to serve this crew and to freely delve into the mystery of who they are. As the crew (numbered from the order they awoke) explore the ship they learn a few things and discover some puzzling aspects of what the ship had been doing but still nothing to identify themselves. They do come across an impregnable security door and a weapons cache, advanced heavy weapons and then the first clue as the android identifies the destination the ship was initially set for. They travel to the planet and find an independent mining colony who are expecting an assault by a corporation’s alien mercenaries, they tell the crew they sent for weapons to aid in their defence and boxes begin to get ticked. The crew return to the ship and decide to provide the miners with some of the weapons but once again the android makes a break through and reveals some personnel files stored in the computer, the crew are all wanted for extreme crimes and are not here to help the miners but are the mercenaries sent to kill them! Dark Matter premiered on June 12 2015 on both the Space channel and the Syfy channel with a thirteen episode first season, the episodes in an amusing decision had no name just numbers. The second season premiered July 1 2016 with a third season currently under production. The premiere episode is technically a two parter but aired as two separate episodes and stands alone without any issues, the cliffhanger actually works very well with the revelation of who these people are, well all apart from Five who remains a mystery. The show has an excellent ensemble cast, two familiar faces (Jodelle Ferland and Roger Cross) who had appeared in Stargate along with Melissa O’Neil, Anthony Lemke, Alex Mallari Jr. Alex Mallari Jr, Marc Bendavid and Zoie Palmer fresh from her role on Lost Girl. The series also evolved from a limited run comic book series of the same name written by Joseph and Paul and published by Dark Horse in 2012.

The premiere episode was entertaining and made the most of the mystery of the ship and the crew, the viewers were allowed to learn at the same rate as the principle characters and thus each revelation paid off to it’s fullest. The cast seem to have quickly embraced their roles although there is an awful lot of experience on screen and certainly behind the camera, these days a show needs to find traction quickly and Dark Matter certainly did that. The first season has a DVD and Blu-ray release in the stated but alas only DVD in the majority of markets and it fails to live up to the incredible standards in terms of extras we Stargate fans are used to receiving.

Our thanks to Ian who joined us to watch Dark Matter, this was his first exposure to the series and it certainly sounded like he enjoyed the show and would continue to watch. As always we are grateful to everyone that continues to listen and interact to our Stargate coverage and we know this holiday season means a drop in listeners (we too have more important things to do) but hopefully these bonus episodes will tide is all over until we return with Universe in the new year. Next week we are going to be releasing the Shayne and Alan discussion of Stargate Infinity, yes it’s not all fun and games but then again when Brad and Mike talked about Infinity it was a fun time despite the quality of the show being discussed so tune in next week, share and enjoy. 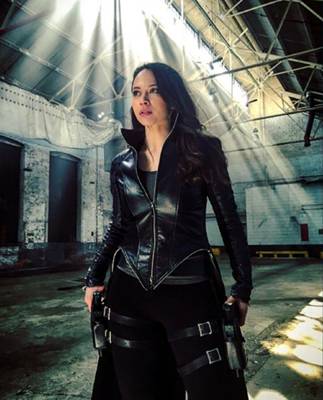 Production on the second season of Dark Matter has begun with Amanda Tapping taking the helm as director of the first episode, if you don’t already then you should read Joseph’s blog on a daily basis, lots of behind the scenes info and news. 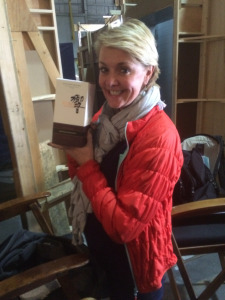 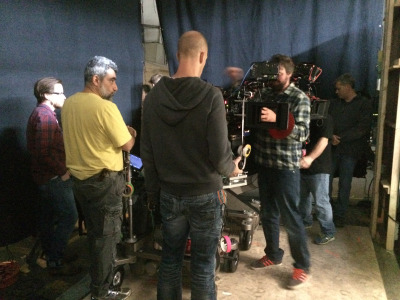 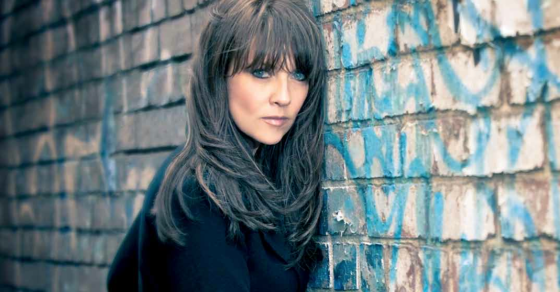 It wasn’t long into Stargate SG-1’s 10-season run that a passionate fandom began to form around Amanda Tapping and her character, Captain Samantha Carter…

Torri on the set of Dark Matter during the filming of the initial two episodes of the series, she is playing Commander Truffault in the pilot, thanks to Joseph Mallozzi for the ongoing updates on his blog. 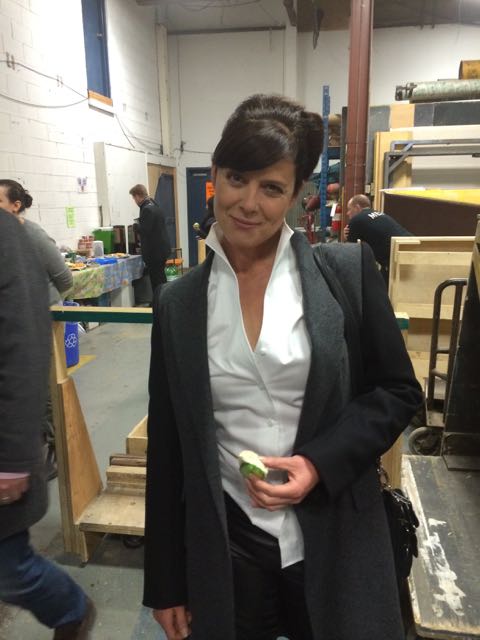 Joseph Mallozzi on his Weblog covered the official announcement of the cast for the upcoming Syfy summer 2015 series which was revealed yesterday. 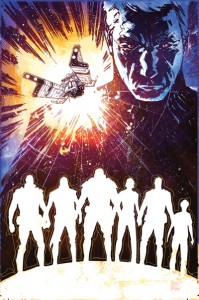 Dark Matter the graphic novel created by Paul Mullie and Joseph Mallozzi is going into production as a 13 part series produced by Prodigy Pictures.

Syfy have secured some broadcast rights with global distribution being handled by Endemol.

It’s finally released, the first issue of Dark Matter is out. The scifi story created by Stargate writers/producers Paul Mullie and Joseph Mallozzi. 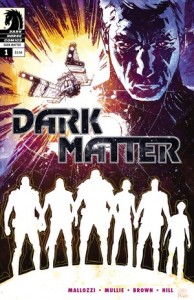 Always great to see those who helped shape and maintain a show you loved offering up some new ideas and this time it’s the uber partnership of Paul Mullie and Joseph Mallozzi from SG1 onwards.

Dark Matter! is a scifi graphic novel/comic tells the story of some people who wake on board a derelict spaceship not knowing why they are there but then being hunted down by a security android. 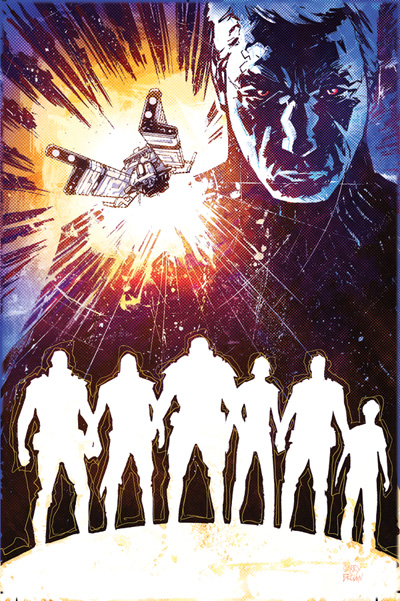