The 2nd of October is the anniversary of the US premiere of Stargate Universe which made it’s debut on the Syfy channel back in 2009 with “Air” parts 1 and 2. A change of pace and direction for the franchise but retaining it’s well established high production values and excellent casting choices with established actors, fresh faces and one or two more familiar from roles on SG1 or SGA. 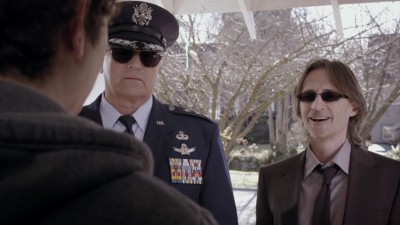 As we know the series failed to retain enough of the existing fanbase and generate a whole new group of fans to survive more than two seasons, there are many reasons for it’s failure but for me the show after a stumbling start really came into it’s own in the second half of the first season and with stronger stories and more humour in the second season really gained the right to be considered along SG1 and SGA as part of the family something Infinity failed to do.