The Earth is doomed yet again as a rogue asteroid hurtles towards the planet and we have days left to live, not even Bruce could swing this one unless Dean Devlin decided to use this plot for a theatrical remake. The Tokra are in no position to help us having been more or less wiped out last week and surprisingly the Asgard refuse due to the protected planets treaty and no proof this is not a natural disaster. As luck would have it the crashed Teltak on Revanna is flyable with a little work from the tech guys from Area 51 and the SGC and armed with a Naquadah enhanced nuke SG1 make their way back to Earth to destroy the asteroid before it’s too late. Then the fun begins as the ship is crippled leaving SG1 stranded on the asteroid along with the nuke and a 2 hour countdown then the discovery of the composition of the rock proves the Goauld are responsible and the explosion will take out the solar system. They’re doomed:)

Fail Safe is a stand alone episode but ties in at least in terms of consequence from the events in Last Stand as Anubis promised the System Lords he could remove the Earth from the galactic equation. The lack of help also reflects the demise of the Tok’ra as a power and casts a question over the Asgard who are bound by the treaty but again without Thor may not be as enamoured with us. 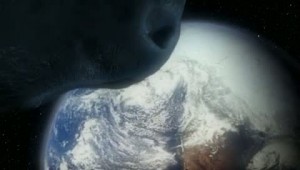 Things to do today, Die!

Fail Safe comes along with some very tasty CGI and matt/green screen work, yes the scenes with Jack and Teal’c in suits (very good suits) walking in slow mo on the asteroid are difficult to make realistic on a TV budget but the rest looks fantastic. I assume the lack of significant guest stars and no location shooting meant more of the budget could be put towards the CGI work required to make this episode work despite splurging cash on the last episode especially. While it is a standalone episode there are certainly threads worth following in terms of the Asgard, Tok’ra and Anubis which shows the writers are on their game so close to the season finale. 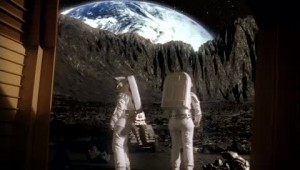 I can see my house.