In the fifth and final season of Stargate Atlantis we can honestly say the producers and writers delivered episode after episode of quality science fiction, of course as to be expected one or two of them dipped below the very high standards that were being set but overall this was an excellent season of Stargate Atlantis. In many ways you could argue that it was too good because the loyal viewers who had embraced Woolsey as the commander and enjoyed the changes and growth in the characters this season knew there was so much potential that would remain untapped. Of course opinions abound as to why Atlantis met it’s fate but at the time the DVR and Streaming options had little effect on corporate decision making and live viewing figures were not spectacular and we know cancelling is always the first option for the suits. 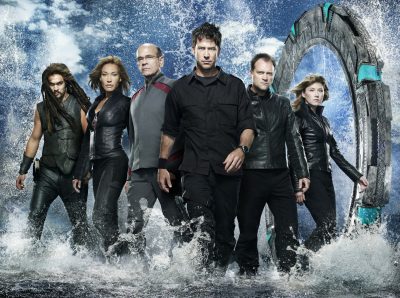 Anyhow we want to thank everyone that voted in the listener poll to discover our favorite episodes of this final season and we intend to take a look at the whole series again complete with poll for a bonus episode over the christmas holidays, so lots of warning because choosing ten episodes will be tricky:)

We couldn’t have done this season without the support of our guests so a big thank you to Thomas, Andrew, Ian, Brad, Jeff, Matthew and Tim for joining us and our thanks to everyone who sent in feedback directly or via our social media. Next week we are going to be taking a look at the Stargate SG1 movie The Ark of Truth and the week after that we’ll take a look at SG1’s Continuum then we begin Stargate Universe, hope you join us for that adventure. 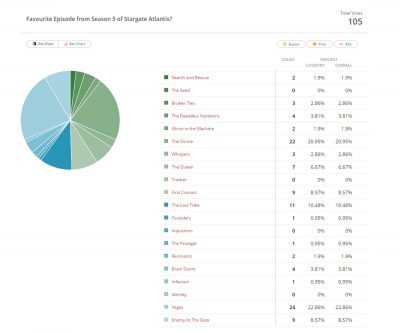 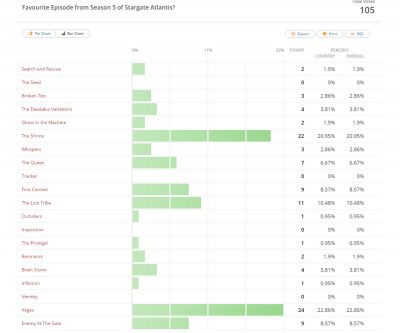