The Destiny continues it’s journey though out the Universe with the rag tag bunch of inhabitants who now find their precious water stores being rapidly depleted with no obvious cause. Suspicion of each other soon develops and the water is locked down and searches of personal cabins and possessions begin generate ill will amongst some. Destiny drops out of FTL and a planet appears on the DHD which seems to be ice bound, two space suits are in good condition so Scott and Young gate to the planet and begin small scale mining operations, at this point any water is a bonus. It does however take them some time to find clean good quality water ice and in an area subject to tremors it’s no surprise Scott falls into a crevice leaving Young with the dilemma to get the ice back to the ship or attempt to rescue Scott as their air supply dwindles. Meanwhile on Destiny TJ has encountered an alien entity, they believe it is the same on that Scott met on the desert planet and it enjoyed a drink, the explanation of the missing water is revealed but not how to prevent further loss. They trap the life form and then tempt it into secure storage and throw it through the gate to the ice world where Rush and Scott are attempting to return before they lose their air and the alien surrounded by water recognizes Scott and then departs. 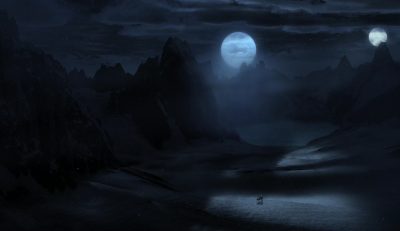 Water is perhaps the beginning of serious dissatisfaction between the military and civilian components of the Destiny crew and the lack of information and military viewpoint begins to grate. Spencer is discovered to have been hoarding food and water which doesn’t help the them and us mentality developing and of course Rush stirring things up as usual makes matter worse. The episode however was entertaining, some incredible set design for the alien world (see the behind the scenes features on the DVD/Blu-ray) and very clever writing to bring back the alien life first encountered by Scott. It was also gratifying that the solution did not require any wholesale destruction and maybe the alien itself considers it’s choice to board Destiny worthwhile with a whole new world to explore with plenty of water.

Many thanks to Mack for the feedback over on Google + and to Ian for being our guest on this episode, he will return next week when we are going to be taking a look at the episode Earth. This weeks promo is for The Sci-Fi Movie Podcast so pay them a visit and if you have the inclination we’d love to hear what you thought of the show or the episode and Stargate in general:)