Poisoning the Well tells the story of a once strong civilisation which had been decimated time and time again by the Wraith but had secretly and with much sacrifice been able to maintain their historical and scientific records through each culling. Armed with this developmental leg up the survivors rebuild quickly and while never reaching the levels they originally scaled the grand design of developing a medical defence to the Wraith has been maintained throughout the centuries.

We join the episode as the Hoffans get access to Dr Beckett who brings Atlantis technology and human experience to the problem and a breakthrough is achieved and even better they have Steve the Wraith to test the compound on. The big problem is that to deliver the drug a live host is required but they get a volunteer and within limits the experiment is a success so much to the Hoffans fling themselves into large scale trials on a global scale despite strong and realistic objections from Carson. Sheppard is capable of seeing the big pictures and realises the Wraith while taking an initial hit would figure out the cause and simply nuke the planet from orbit thus removing the problem and then go to another world to feed. 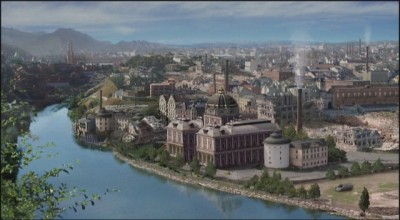 Not exactly a tourist spot.

Perhaps this approach would have had merit if the Wraith were not already on the rampage, if in hibernation a safe drug could have been devised and spread throughout the Pegasus galaxy but ultimately the delay between infection and reaction would probably always allow a good portion of those on board the hives to take steps.
In the real world there are no weapons that can kill an invading force at a stroke, Hollywood with Avengers and ID4 really took the easy way out. 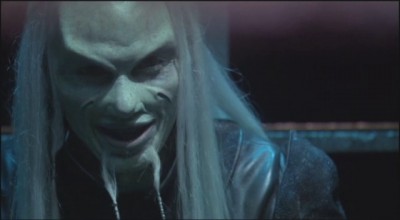 The huge bonus from Poisoning the Well is that the writers really give Beckett something to do and Paul McGillion just ran with it and this episode may with the already growing fan approval of Carson could have secured the actor with a full time first season role rather than simply recurring.
This weeks promo is from Nuchtchas and her Nutty Bites and next week we’ll be covering the Stargate SG1 episode “Covenant”. As always continued thanks for listening to the show and keeping the Stargate family busy with news and conversation plus lots of cat pictures.