A new President in the White House requires an ultra top secret briefing from the Joint Chiefs. President Hayes who has been elected along with Vice President Kinsey is read into the secret of Stargate Command and despite at first thinking he is having his leg pulled handles the revleations and pressures from vested interests very well. Kinsey with his lacky Woolsey attempts to spin the recent investigation their way citing numerous incidents pulled from the mission reports but the SGC have their own champions.

Inauguration is a clip show produced to save money which is required to fund the CGI budget of the season finale. In some cases this tends to provide us with a weak episode but a number of factors exist which makes this episode something of gem in an already strong season. This episode had it’s roots many years previously when the obvious need for a new commander in chief was first considered and this was an ideal time given that initially this was meant to be the last season of SG1 before becoming a feature. The biggest plus point for the episode is the casting of William Devane as the President, he plays the part magnificently and balances the wonder of learning of the Stargate as well as the determination required to handle the political aspects, we also have Robert Picardo back as Woolsey, James McDaniel as General Maynard and of course Ronny Cox spitting nails as Kinsey. 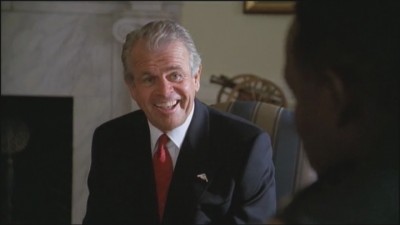 They really did pull a rabbit out of the hat with Inauguration, it could so easily have been a total lemon but turns into a very useful breathing space between the Heroes two parter and the Lost City two parter, it has humour, drama and top notch performances. 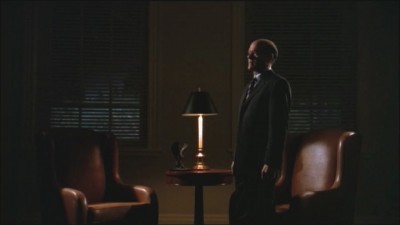 There’s no one there Richard…

This weeks promos are from Pulp Audio Weekly and The Scifi Diner and next week we’ll be covering the first part of the season finale “Lost City Part 1”, we are always interested in your thoughts on this and previous episodes as well Stargate and our show in general so keep in touch via the usual means.

On the news front the wesbite has been running on it’s new host for a week and seems stable which is good and we are also now back in the itunes store which is better, lots of people do rely on Apples methodology.