Dr Jay Fleger returns to the fold with an energy weapon derived from alien technology, the test does not go well and to save his job he comes up with an abandoned idea for a virus to manipulate the DHD software and to remotely negate a Stargate thus denying it to an enemy. Once the not unexpected side effects mount up we are left with numerous SG teams stuck on alien worlds including Jack/Tealc and Daniel. Jack and Tealc are under fire while Daniel is in danger of being drowned as storm floods sweep through his location, great scenes from Shanks as he stands under a shower.
It’s now upto Sam to reign in the warped genius which proves a lot more difficult than she may have suspected even when armed with her own weapon as the P90 is now just for Jack due to real world cartridge supply issues. 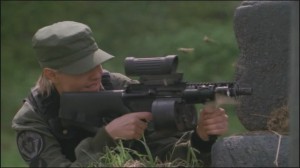 Avenger 2.0 can be treated as a standalone but does bring back one of the two mad scientists from “The Other Guys” who is still living the high after his exploits alongside SG1 so much so that he his blind to the woman he works with who obviously adores him and well puts up with him.
It’s amusing to see a failed test of a weapon developed from alien tech especially in front of Jack and while the manipulation of the DHD system seems a logical approach to creating a tactical advantage you wonder why no one has done it before. 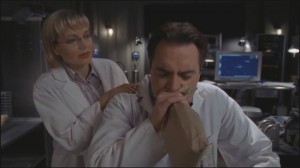 Chloe, patience of a saint.

Felger once again is a hoot and played to perfection by Patrick McKenna as he plays giddy when showing off his latest toy and then hiding his SG1 action figures when Sam visits his home. Once again when push comes to shove he gets a gun and goes onto the front line, you can say a lot about Felger but he sure ain’t no coward.

The episode is good for a few laughs and there is plenty of action near the end of the episode so it sits well above average in any rating system but you are always looking for his other half Coombs who actually does get a mention in a funny scene.

We have some feedback from Colin and Michael via email and twitter and a couple of lively conversations on our Facebook group, thank you one and all. This weeks promo is from Rico’s Treks In Scifi and next week we are covering Birthright which has Jolene Blalock as a special guest star.
We are still having issues with itunes and I don’t think we will be getting relisted as we were, we are going to resubmit but have plans to change a few things, mainly cosmetic. 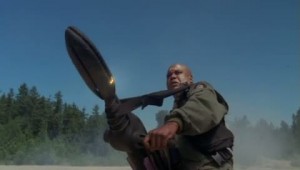 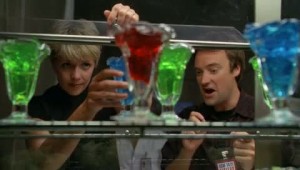