Vala returns to the SGC although only her mind and she takes great delight in occupying Daniels body especially when her first port of call is the mens locker room. Anyhow when Sam realises what is happening and they get to debrief Vala (no not in that way) and she tells them of her appearance in the ORI galaxy in a small village, her friendship and romance with a native of that world and ultimately the bombshell that she is pregnant. If that wasn’t enough to drop on SG1 and the General she then reveals that the ORI ships are ready to go and filled with soldiers ready to fight and die in a religious war against the inhabitants of the Milky Way. Oh and in the meantime the Chinese have made their play for access to the Russian Stargate currently leased to the US.

The Will of the Ori

Crusade marks the return to Stargate for Claudia Black and yes she was heavily pregnant at the time and that worked so well with the story the writers created around her return, the consequences of this story will play out in the tenth season but for now the structure of this episode allows Vala to take center stage without putting too much pressure on Claudia although there was no question that she was giving 100% with the scenes in the village and her acting opposite Tomin played by Tim Guinee. Once again the standing village set is redressed to provide a unique location without requiring huge investment which allows for strong guest actors including Tim as mentioned and of course Michael Ironside who can tick another genre show off his to act in list:)
I really enjoyed Crusade, Claudia was excellent as was Tim and the whole weaving of the Ori story which was basically clips/flashback and exposition was delivered to the viewers in a entertaining and fast paced manner, the threat of the ORI is now really becoming clear and puts pressure on the SGC to handle the local political fall out after the games the Russians were playing and the threat given that the ORI have proved to have weapons tech far in advance than even the Asgard.

Many thanks for the feedback this week and our Facebook, Google+ and Twitter have been very active and lets not forget that we are on a very gratifying number of listener lists over on Stitcher, wouldn’t say no to another itunes review though:)

This weeks promo is for the Sci-Fi Movie Podcast and next week we return to Atlantis for the episode Inferno with our guest Thomas once again joining us for an episode he asked to do a while back, hope you can join us for that and don’t forget we are keen to get more voices on the show, why not get intouch and join in watching and talking about an episode of Stargate SG1 season 10 and Atlantis season 3. 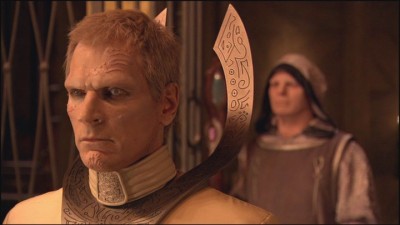 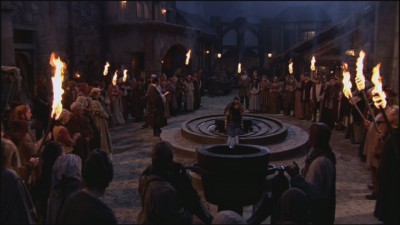