After the discovery of three Wraith Hive ships heading towards Atlantis the expedition sends
out a jumper to intercept the fleet and to gather reconnaissance data in the hopes of finding
a weak spot. Of course the original Atlantians were unable to fight off the Wraith so there
is little hope for the survival for the city and it’s single ZPM but we humans are a stubborn
bunch and that may just save the day.
John and Teyla observe the Wraith fleet and are shocked to see the three huge hive ships
along with smaller cruisers and hundreds of darts engulf the planet and with the gate engaged
they are unable to escape and have to cloak and watch the planets people be culled.
Meanwhile back on Atlantis McKay has created a compression algorithm to allow the bulk
of the discovered Atlantian database to be sent back through a 1.3 second duration
wormhole and just as importantly personal messages to friends and family. We see a number
of personnel record messages, some formal, some casual, some full of themselves but they
all open up the respective characters.
When John and Teyla return to Atlantis with a handful of survivors the final task is for John
to record the message about the death of Colonel Sumner and then the message is sent,
maybe the first and final call from Pegasus to the Milky Way. 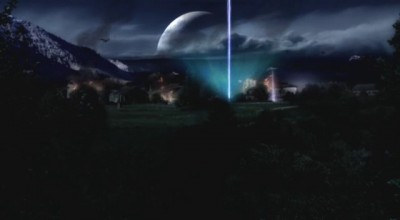 Letters from Pegasus combines the action and drama with the very dangerous covert mission
to observe the Wraith fleet with the talking heads fun and games back on Atlantis, for me there
is really no separating them in terms of quality and entertainment, both are excellent for very
different reasons. It was interesting to see the military aspect of John’s training come out when
it came to choosing between saving Orin and his family and reporting back but Teyla wasn’t
made at him too long. It was also fun watching everyone record their messages especially
Kavannagh who still has not forgotten being dressed down by Weir and maybe McKay after
all he posturing offer up a simple message to his sister about the value of family. 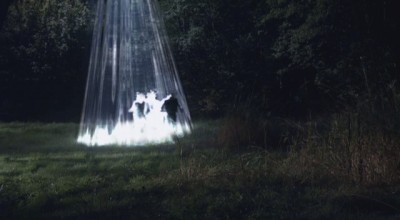 We got a little Facebook feedback and some twitter interaction during recording of which we
are thankful for, the same for Jeff who joined us for this episode. The audio quality is a bit
hit and miss as volume levels were variable and it picked up a little echo on occasion. This weeks
promo is from The Saturday B Movie Reel and next week we are back with part two of the
Stargate SG1 episode Reckoning.

Have Closed, the results will be in the respective wrap up shows.