Teyla leads a mission to one of her peoples former trading partners who have the resources to supply the city with Tava beans a local and useful crop similar to a sweet potato and they need it as McKay is eating them our of house and home, rationing is not in his mindset. Upon arrival they are greeted by Sora and her father Tyrus who with some caution bring them to the local community leaders and negotiations begin with medicine and eventually explosives offered (for land clearing) in return for the crops.
Events take a twist when Sheppard and McKay discover a underground complex which is very definitely not in the spirit of the Genii farming communities and the charade is revealed, the Genii are far more advanced then anyone believes and they use the cover of farming to hide their society from the up coming culling and pretty much everyone else.
Ultimately the Genii are too self centred to be totally trust worthy in the same way as the expedition, neither side would ever compromise enough to make a real partnership work so the events on the joint mission against a hive was only the immediate cause for the collapse of the alliance rather than the underlying reasons. 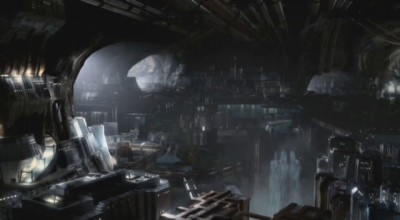 Underground is a wonderful story and we meet for the first time an advanced Pegasus human culture and unfortunately for the expedition one which is strong willed and militaristic, as with many western societies long term trouble is born based on short term trade and more to the point military assistance. Colm Meaney rocks every scene he is in and Erin Chambers is wonderfully deadly with a really sunny appearance both in farmer and military guise, it’s great that we get to see both of these characters and the Genii later in the series. The episode also serves to open up the bigger picture, the true threat of the Wraith is revealed even though they must have had a large fleet to take the battle to the Ancients with over 60 hives (maybe more) the task ahead of the expedition looks beyond them and it’s only a matter of time before the Wraith coming a calling or is that culling. 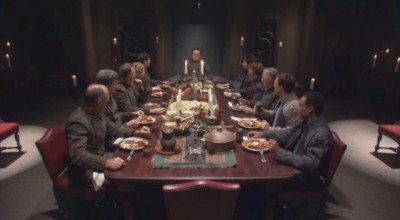 A huge thank you to Jeff for joining us this week, Underground was an episode he wanted to be a part of and when ever possible we’ll try to get a third voice into the mix, if you fancy joining us then drop us a line and while a few episodes have been spoken for (SG1 and SGA) there are still plenty more. We had a little feedback this week via Facebook, a few birthday notices and a bit of news and we are always looking for community input on Facebook, Twitter, G+ and the Gatecast website. If you want to get in touch then you can use the feedback options on this website or visit us on the above social media portals and if you are of a mind an itunes review/rating is Stargate gold:)

This weeks promo is from the women of Tyrion’s Landing a Game of Thrones podcast and next week we are back with Stargate SG1 and the episode Sacrifices as Ishta returns and Teal’c gets a surprise, no she is not pregnant.