Daniel has been keeping a close eye on the Unas Chaka and his voyeurism pays off when his “friend” is kidnapped by humans with staff weapons. It takes some convincing but SG1 finally investigate and follow the men to their world an early industrialised culture that still uses slavery in the form of “wild” Unas. Playing the roles of traders they attempt to procure Chaka but are discovered and a clash of customs/beliefs occurs leading to the capture of Jack and Daniel. It’s time for the revolution when the slaves will fight for their freedoms led by a charismatic outsider, I’m talking about Chaka. We are joined this week by Adriana a fan of the series and of my co-host, I think we had a good time:) 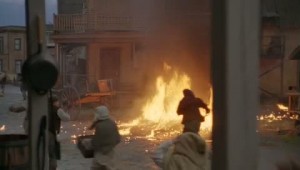 Once again the franchise exploits characters and stories from earlier episodes which I personally think is a bit of a no-brainer as it pays off for long term viewers and if written well can standalone for people new to the show. In this the Unas Chaka previously Daniels kidnapper now leader of his tribe is taken as a slave by other worlders and we get more or less a morality tale on the use of sentient beings and the vengeance factor by a people once themselves under the thumb of a system lord. The so called “bad guy” Burrock is played well be Larry Drake and we see a man hard by nature but true to his culture turn into a murderer which then allows the final resolution to play out without alienating the viewer. 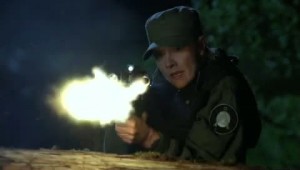 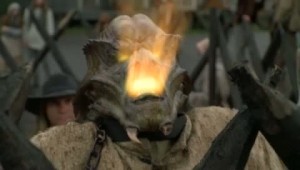