Bob Frazer
Bob appeared just the once on Stargate SG1 playing an Airman in the episode Hathor. He has also been on Cold Squad, The X-Files, First Wave, Motive, Continuum, Falling Skies, Shut Eye, Demon X and Supernatural. IMDB Twitter Stargate Birthdays for April 2nd.
A very happy birthday to one of my favourite performers, Jaime Ray Newman who appeared only twice on Stargate Atlantis as Lt. Laura Cadman. She has also guest starred in Eureka, Grimm, Mental and had lead roles in Eastwick and the new ABC drama Red Widow.
Many happy returns to Bob Frazer who was an Airman in the Stargate SG1 episode Hathor and appeared in Cold Squad, Taken and now performs extensively on the stage. 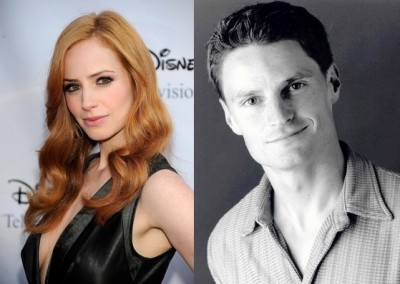