John receives some bad news and returns to Earth for his father’s funeral, Ronon accompanies him. At the funeral/wake they are approached by a young woman named Ava Dixon who reveals that she and her boss Dr. Richard Poole have been working with illicit materials and knowledge to produce a human form replicator which has now got loose and has a very definite military component. They arrest Poole and threaten him with the arrest and prosecution of Ava and he agrees to help, they track the replicator to a industrial facility where things don’t quite go according to plan when Poole pulls a fast one and reveals to the replicator how they tracked him, he dies for his troubles and again the replicator escapes. John talks to his ex-wife who is now working for homeland security, he asks for information on the secret project which is behind the replicators creation and along with insights gleaned from pouring over records they figure out the replicator has gone after a source of Neutronium. However in the records they also discover that Ava Dixon died a year before, the Ava they now know is also a replicator but programmed more inline with a “normal” human being, she escapes which works out ok in the end. The trap is set for the replicator and well the humans even Ronon get slapped silly but Ava turns up and the two artificial beings got hand to hand dishing out some brutal punishment, John gets an opening and jabs a device into the replicator, he is immediately beamed into low earth orbit and reenters the atmosphere burning up in the process. Ava having proven herself still can not be fully trusted so maybe or maybe not with her knowledge they incorporate her core programme into the Ancient artificial world as seen on the starship Aurora and her body is destroyed. John builds bridges with his brother and Dr Lee can go back to sunning himself on the beach. 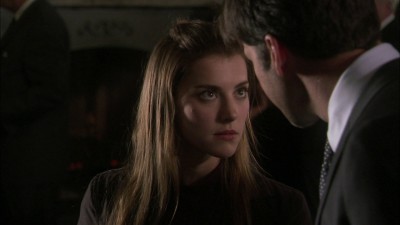 Outcast gives us quite a bit of back story for John, it seems he comes from money and had issues with the path that was being laid out for him by his father, he rebelled by joining the military whereas his brother seems to have embraced the corporate calling and looks down on John as kind of the black sheep. We also meet John’s former wife  Nancy played by Kari Wuhrer and well it looks like it wasn’t a bad break up and we learn his commitment to his career may have played a significant part in their breakup. I’m not quite sure if we really needed another replicator episode but this was had merit because of all the character back story and of course we got some excellent stunt work and set pieces as well as a couple of new shots of a 304 in orbit.

Many thanks for the support via twitter, facebook and google+ and especially to Mack who posted some comments on recent episodes. This weeks promo is for The Rusted Robot an always entertaining look at geeky and nerdy pursuits with a sprinkling of all things robot. Next week we are going to be taking a good look at Trio and this episode was recorded many moons ago and it was the first Phil (who I used to work with) joined me on the podcast, hope you join us for that and please feel free to let us know what you think and a review/rating over on itunes or stitcher would be most welcome:)