The leaders of the Jaffa meet at Dar Eshkalon to discuss the ongoing threat of the ORI military forces within the Milky Way galaxy but soon after Teal’c and Bra’tac arrive a bomb in detonated slaughtering virtually all in attendance. Teal’c was outside the immediate blast zone investigating some suspicious behaviour and thus wasn’t critically injured unlike Bra’tac who is currently sedated within the SGC infirmary. Teal’c shares his suspicions of the Jaffa Bak’al who he has seen at Dar Eshkalon and his master Arkad who has been gathering forces and has shown no honour or allegiance to the mainstream Jaffa nation. The SGC and IOA are not comfortable with Teal’c going on a mission of revenge so he departs on his investigation alone and begins to find the proof he needs to link the explosives used to Bak’al and Arkad while the SGC are visited by Arkad offering a gesture of peace through information of a plot against the Earth. The IOA are keen to take the road of appeasement and SG1 are ordered to track down Teal’c before he does something which could inflame tensions and force the hand of Arkad but they are too late, Teal’c takes SG1 and SG3 out of the equations and faces Arkad in one on one combat in a spectacularly blood thirsty fashion. 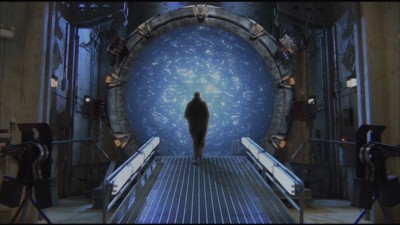 Talion is a masterpiece for Teal’c and Christopher Judge and you’ve got to admit it may only have been possible at the end of the shows run on television, the violence is certainly ramped up and the liberal amounts of blood is splashed about with abandon. We see Teal’c turning down the off the books offer of help from members of SG1 and we wonder if that is not only to safeguard them but to allow him to do what he believes will be necessary, in essence we are going to see Teal’c as he was as the feared first prime of Apophis rather than the more restrained but equally effective member of SG1. Craig Fairbrass, Peter Kent and John Tench all play good characters if a little cliched but that’s exactly what this story requires, you can only do so much in under an hour of television.

A big thank you to everyone for listening to the show through March, that was the best month for downloads for quite a while and that doesn’t even include Stitcher but we are still not getting a lot of feedback and that normally always cheers us up and of course as most podcasts say reviews and ratings on itunes and Stitcher are pure gold if only to near the top when someone does a search for the topic they cover, in our case Stargate.

This weeks podcast promo was for The Batcave Podcast a show which deals mostly with the classic Adam West and Burt Ward series, lots of fun if you like me enjoyed the antics of the dynamic duo. Next week we are going to be looking at the Stargate Atlantis episode Sunday, get the tissues ready and our guest will be Thomas, hope you can join us for that.