We have five actors celebrating their birthdays on October 30th.

First up is Leon Rippy who has had a long and respected movie and tv career including recurring roles in Deadwood, Saving Grace, Leverage and Alcatraz. He played General West in the 1994 Stargate movie. IMDB

Michael Beach is celebrating as well, he has been in ER, Third Watch and Sons Of Anarchy and played Colonel Abe Ellis in Stargate Atlantis. IMDB

Daniel Bacon played Dr Watson in the Stargate Atlantis episode “Sunday” as well as nice spots on SG1 as a Gate Technician. IMDB

Peter New had a small role as a Farmer in the SG1 episode “Off The Grid”, he has also appeared in Fringe and Smallville. IMDB 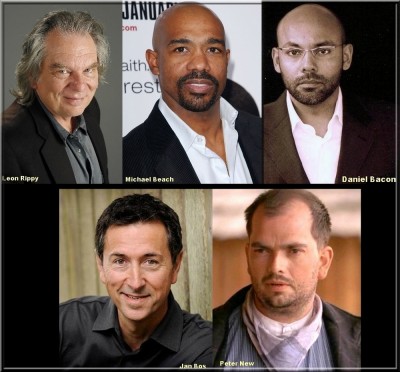