Robert C Cooper celebrates his birthday today (October 14th) and without a doubt he has been a cornerstone of the entire Stargate television franchise having either written, directed, produced (in all it’s forms) from SG1’s second episode through to the finale of SGU. Rob is currently working on The Transporter a Canadian/multi national tv version of the popular action movie franchise. IMDB 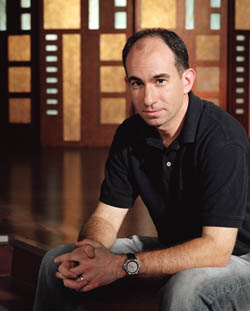 Also having birthdays today are Nels Lennarson ( IMDB ) who guest starred in the SG1 episode Death Knell as Major Green and the Atlantis episode Phantoms as Captain Holland.

David Kaye ( IMDB ) a well known voice actor in the industry had a cameo in Stargate Continuum playing an interviewer, there are no small roles in Stargate.