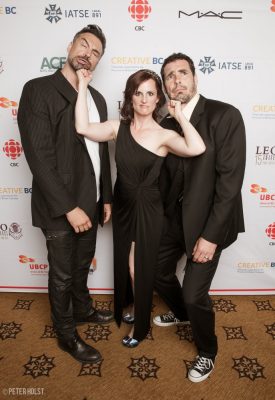 Ian Buchanan
Ian appeared just once on Stargate SG1 as First the human form replicator in the episode Unnatural Selection. He’s made his name starring in a number of very high profile US soaps such as General Hospital, Days of Our Lives and The Bold and The Beautiful as well as spots on Nip/Tuck, Alias, Always and NYPD Blue. IMDB Twitter
Joseph May
Joseph played Sgt. Markham in two episodes of Stargate Atlantis (The Defiant One & Thirty Eight Minutes). He has also guest starred on the British series Casualty, Bugs, Holby City and Episodes. IMDB Behind The Voice