Another bumper crop of Stargate Birthdays for the 13th of January.

Continuing the trend of strong women in modern genre television is Jill Wagner who will be celebrating today. Jill played the Traveller “Larrin” in two episodes of Stargate Atlantis as well as having a lead role in Blade the series and a recurring role in Teen Wolf as Kate Argent. IMDB 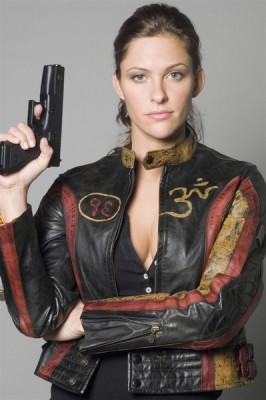 William B Davis appeared in two episodes of Stargate SG1 as well as the mysterious cigarette smoking man in The X-Files, he’s recently guest starred on Continuum. Official Site
Link Baker played two roles on SG1, “Artok” and “Lt Barber” as well as guest spots on Arrow, Heroes and Castle.  IMDB
Michael Robinson who played a councilman in the Stargate SG1 episode Revisions has his birthday today, he also appeared in MacGyver and the under rated movie The Frighteners as
the town deputy. IMDB