Christopher McDonald
Christopher played Senator Alan Armstrong in three episodes of Stargate Universe however he is much better known for both his theatrical roles such as Happy Gilmore and Grumpy Old Men and tv work on Boardwalk Empire and Harry’s Law. He’s also done voice work for a number of animated tv shows like Beware the Batman. IMDB Behind The Voice
Craig Veroni
Craig appeared once on Stargate SG1 in the episode Grace as the weapons officer on the Prometheus and later went on to play Peter Grodin in eight episodes of Stargate Atlantis. He has also guest starred on Smallville, Jeremiah, Continuum, Cedar Cove, Battlestar Galactica and The Runner and is a Realtor in Vancouver. Twitter IMDB Official

In  Memory of…
Keene Curtis (Feb 15th 1923 – Oct 13th 2002)
Keene had just the one guest role on Stargate SG1 but it was epic when he played Ernest Littlefield in The Torment of Tantalus.
He also guest starred on shows such as MASH, The Magician, Quincy, Hart To Hart, Voyager and The Pretender.
IMDB 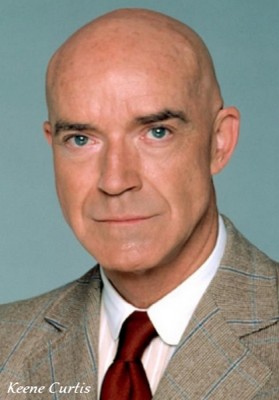