The fall out from the NID clandestine off world missions continues with the failure of the Latona planetary defence system after it was compromised by NID personnel. The SGC pull two members of the NID from death row who were part of the original mission and for co-operating their sentences are reduced to life in imprisonment. The SGC has to engage Jaffa forces surrounding the gate and once on planet Jack along with members of SG3 visit the leader of the Latonan people while Sam, Daniel, Teal’c and the NID people head towards The Sentinel and attempt to fix the weapon before the Goa’uld escalate their invasion of the planet. 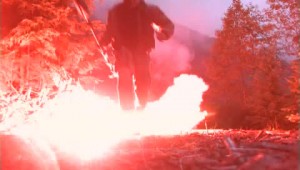 The Sentinel is another standalone episode in the fifth season but has a lot more depth that you would think by weaving in the NID off world missions which we may have considered to be done and dusted after Shades Of Grey. Christina Cox makes her second guest appearance in SG1 but not her last for the franchise as a whole and that’s always a bonus. The big guest star for this episode is the late great Henry Gibson, the guy has a style and look that is unique and allowed him to do both out and out comedy and a lot more subtle comedy and drama. 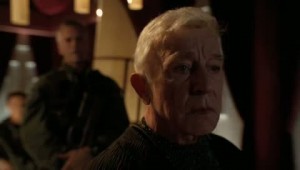